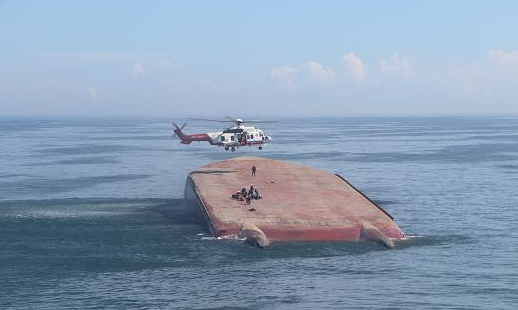 Chinese cargo ship Hong Xiang 819 capsized while sailing near Penghu Islands of Taiwan on Tuesday, resulting in the death of four crewmembers and four others missing.

Maritime rescue teams from Fujian, Guandong and Taiwan all joined the search and rescue operations after the incident occurred. 15 fishing vessels in the nearby area also joined the search.

The divers from the rescue team managed to save one of the nine crewmembers and found the dead bodies of four crewmembers from the ship. Another four seafarers remain missing.

The search operations for the missing seafarers are ongoing.