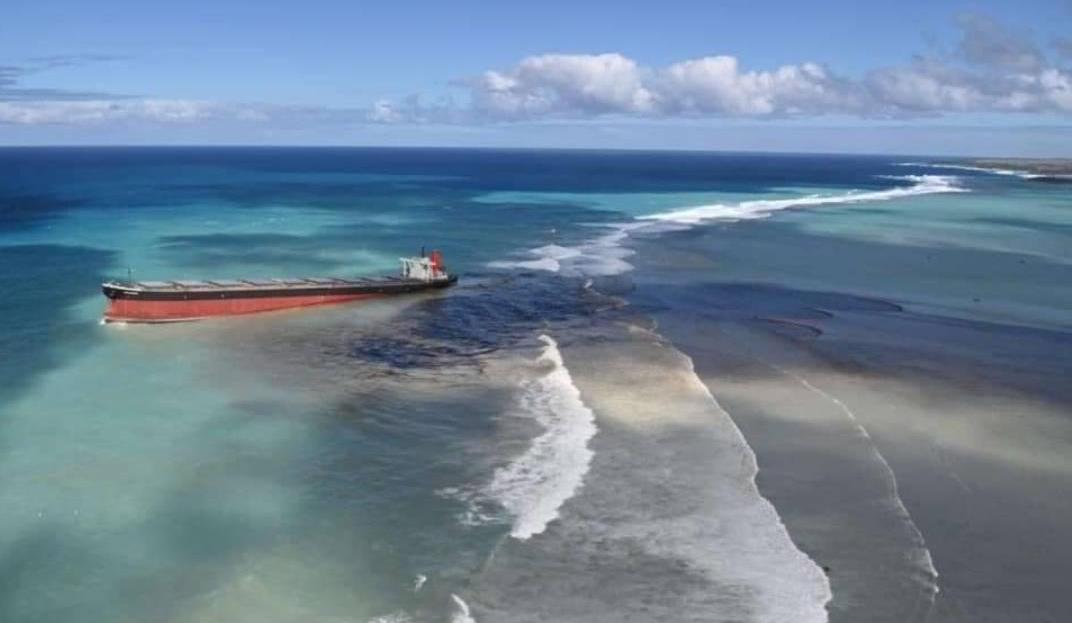 A Chinese-flagged fishing vessel has run aground off the coast of Mauritius causing a minor spill, Reuters reported citing the country’s Minister of Fisheries and Shipping.

Lu Rong Yuan Yu 588 vessel, carrying 130 tonnes of oil, ran aground off Pointe-aux-Sables, in the northwest of the main island, on Sunday prompting immediate action from the local authorities to mitigate the spill.

The ship had 19 crew members on board, who have all been brought to shore and put in quarantine in line with the COVID-19 safety protocols.

The crew was airlifted from the vessel on Sunday evening by Mauritius Police Helicopter Squadron.

According to the Minister Sudheer Maudhoo, 310 meters of floating booms were put in place at the grounding site to control the leak.

Activities are underway by the coast guard and armed forces to make sure the fuel oil from the ship is pumped out. Local reports indicate that a contract has been signed with a company named PolyEco.

Once the fuel is pumped out, the ship is planned to be removed from the site.

The oil spill is being reported in less than a year since a major fuel spill occurred in Mauritius following the grounding of the bulker Wakashio.

The Japanese Capesize bulker ran aground on a reef off Mauritius on July 25 and the vessel broke apart on August 15, 2020.

Around 1,000 tonnes of oil are estimated to have leaked from the wreck, in what is considered the worst oil spill in the history of Mauritius.

The local community has been criticizing the authorities for waiting too long to act, downplaying the potential of a spill from Wakashio.

Back in February, the removal of Wakashio’s stern was launched. The work on removing the wreck from the reef is expected to last one month and depends on the weather conditions.

Wakashio’s bow was sent out to its final resting place on August 24, 2020, following a scuttling operation that saw the ship’s front sunk in Mauritian waters.

Even though the court proceedings into the cause of the grounding remain underway, the probable causes of the incident that lead to a massive oil spill are unsafe behaviors, Japanese shipowner MOL said in December 2020.