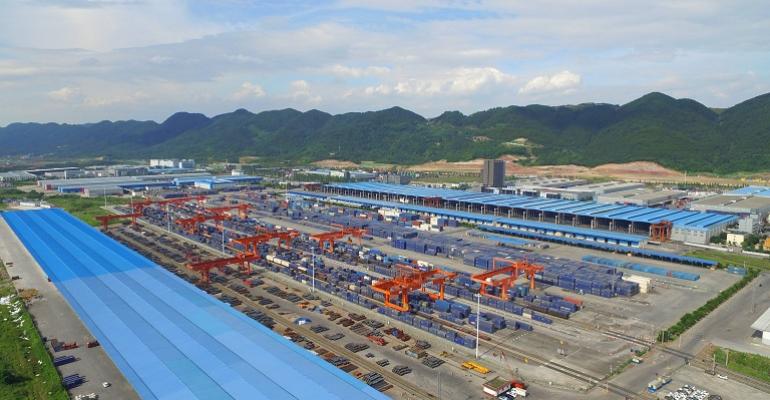 During the first three quarters of the year the number of sea to rail services for China’s west land sea trade corridor was 4,883, up 35% year on year. Among which, some 1,493 trains departed from Chongqing an increase of 77% year on year, transporting 75,000 teu containers.