China’s COSCO Hopes For Greek Deal On Piraeus Despite Delay 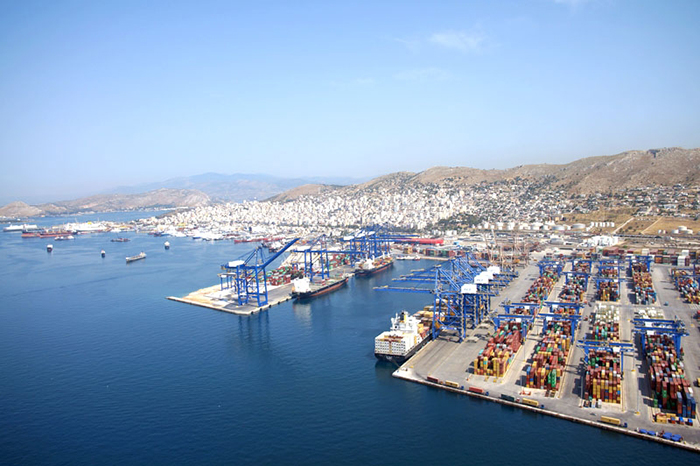 Chinese shipping group COSCO hopes to reach a deal with the Greek government to complete the purchase of an extra stake in Piraeus, despite running out of time to fulfil a key condition, a top official at the port said.

Under a 2016 Greek privatisation agreement, COSCO Shipping bought a 51% holding in Piraeus Port Authority (PPA) for 280 million euros ($341 million) and committed to mandatory investments worth about 300 million euros over five years to acquire an additional 16% stake.

COSCO has signed contracts for the majority of these but will not be able to conclude them by August when the deadline expires due to delays beyond its control, a senior official at PPA, which manages the port, told Reuters.

“We believe that the spirit of the agreement should be respected and the shares should be transferred, while PPA remains committed and implements the investments as they have been agreed,” the official said on condition of anonymity.

“Both sides are willing to find a constructive solution regarding one of the biggest foreign investments in Greece.”

The government referred to a statement by Deputy Finance Minister Theodore Skylakakis to lawmakers this week which said that seeking solutions “in good faith and through dialogue” has been in Greece’s interest.

But only months after starting, COSCO suspended work last year following an appeal by locals over environmental concerns. The official was optimistic of a positive ruling for COSCO.

Piraeus has grown into a major transhipment hub for goods destined for Mediterranean and Black Sea ports since COSCO took over its container operations in 2009 and spent about 600 million euros in infrastructure and equipment upgrades.

Container throughput reached 5.4 million TEUs (20 foot equivalent unit) last year, up from about 1 million TEUs in 2009, making it the fourth-busiest port in Europe behind Antwerp and Hamburg.

COSCO says that Piraeus has the potential to handle more cargo and has sought government approval for a 200 million euro investment into a new container terminal, which could boost capacity to 11 million TEUs from 8 million TEUs this year.

Although Athens has said that conditions are not yet right, the PPA official said it was an important investment which they expected to eventually get government approval.