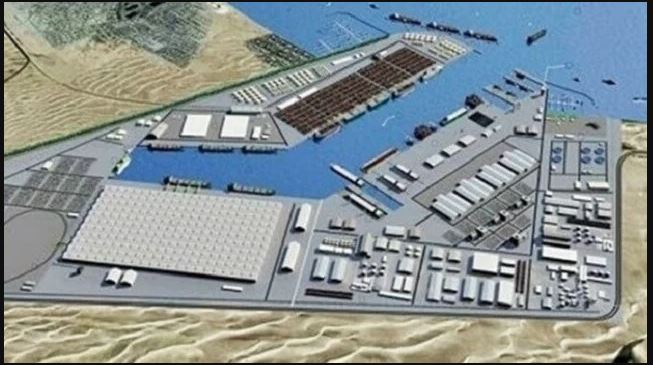 China is pushing authorities in Tanzania to kickstart the implementation of the $10 billion Bagamoyo port project. It has been about one year since President Samia Suluhu Hassan promised that country would revive the controversial development.

Chinese ambassador to Tanzania Chen Mingjian said that China is hoping to engage in discussion with Tanzanian authorities on restarting the project, which was unceremoniously halted by former President John Magufuli on the basis that the terms of the agreement between Tanzania and Chinese company China Merchant Holdings (CMH) were exploitative.

“We also expect that relevant Tanzanian authorities and potential Chinese investors could have further discussion and make substantial progress on the restart of the Bagamoyo port project,” Mingjian told a local daily newspaper.

She added that China, which is undertaking numerous megaprojects in Tanzania – like the $2.9 billion Julius Nyerere hydropower power project and the $1.3 billion standard gauge railway project – wants to deepen bilateral relations with the East African nation.

“At present, President Samia Suluhu Hassan is leading Tanzania towards greater economic and social development. Our two countries are working closely to implement the Belt and Road Initiative (BRI). We will inherit and carry forward our traditional friendship, supporting leading Chinese companies to participate in major projects under the BRI,” said Mingjian.

President Suluhu announced plans to revive the Bagamoyo port project in June last year, although the actual process is yet to kick off.

The deal for the Bagamoyo port was signed in 2013 by the government of Magufuli’s predecessor, Jakaya Kikwete, during a visit by Chinese President Xi Jinping. The project was also financially backed by Oman’s State General Reserve Fund. It included a Special Economic Zone, which was expected to attract about 700 companies.

The terms set by CMH included Tanzania granting the company a guaranteed term of 33 years and a lease of 99 years, tax holidays, and Tanzania ceding the right to develop other ports between Tanga to Mtwara.

If implemented, the Bagamoyo port is expected to be the largest port in East Africa. It would have a capacity to handle 20 million TEUs by 2045 – 25 times the amount of cargo that Dar es Salaam port handles today. The port, to be built 40 nautical miles north of Dar es Salaam, would also dwarf neighboring Kenya’s port at Mombasa – East Africa’s trade gateway, located some 160 nautical miles to the north.

China is pushing for Tanzania to kick start the project at a time when the country has been losing cargo business to Kenya. Congestion at the port of Dar es Salaam in recent weeks has caused a number of shipping lines divert cargo to port of Mombasa, making the Tanzanian facility lose business for inland markets like Uganda, Rwanda, Burundi and the Democratic Republic of Congo.