China Pushes Coal Trade On The Longer Route – A Boon For Smaller Vessels? 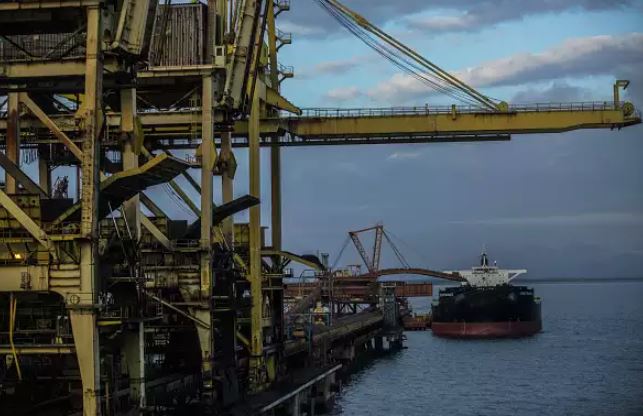 China continues to block Australian coal and is diversifying its import sources (long haul countries) which will support coal shipping demand in 2021.

Amid the China-Australia trade dispute, China has significantly increased its imports from the US, Canada, Colombia, Russia and South Africa, boosting tonne-mile demand. We expect shipping demand arising from Chinese imports to expand further despite a forecast 6.6% contraction in total imports in 2021, as the country has completely cut off Australian cargoes with the Chinese customs authorities becoming stringent and disallowing any vessel with Australian coal to discharge at its ports.

Meanwhile, there have been two vital structural changes in the Chinese coal shipments:

The share of long-haul trade will surge despite an increase in trade on the Indonesia-China route. Indonesia has signed a $1.5 billion coal deal with China that allows the latter to import coal over three years. The deal would strengthen the trade on this route by 5-10 million tonnes annually until 2023. In 2020, China imported close to 80 million tonnes of coal from Australia but this year imports will be muted amid the coal ban. However, Australia’s share will be partially counterbalanced by Indonesia, the US, Canada, Colombia, Russia and South Africa. These five distant countries contributed 10% to China’s total coal imports in 1Q20, which strengthened to 24% in 1Q21, and this share will continue to rise in the remainder of 2021.

The increasing share of long-haul trade will employ dry bulk vessels for longer durations, creating additional demand. It takes a little over a month to complete a round voyage between Australia and China. On the other hand, it takes almost two months to complete a round voyage between Richards Bay and Qingdao and close to three months between Qingdao and Norfolk — the largest coal exporting port in the US. The shift in cargo movements away from Australia-China towards US-China would expand the demand for vessels by close to three times.

The second major change has been the size of vessels used in shipping coal to China. The share of Capesizes and Panamaxes has fallen while that of smaller vessels has grown, particularly Supramaxes. This is because China used to import coal from Australia in Capesizes and Panamaxes, while now it imports from Indonesia mostly in Supramaxes. The share of Supramaxes in China’s total coal imports has gone up from one-third in 1Q20 to more than half in 1Q21. However, we believe that the share of Supramaxes could come down over the next few quarters as China is expected to import more coal from South Africa and the US – both of these routes employ Capesizes.

The additional demand for vessels (due to a shift in trade from Australia-China) is expected to support the already prevailing high charter rates for Supramax and Handysize vessels over the next few quarters. Although the total number of Panamax shipments could decrease in 2021, it might be a net gain for Panamax owners as their vessels will be employed on longer routes, increasing their utilisation.

Moreover, the political dispute between China and Australia is not limited to coal shipments. Of late, it has been observed that China has disallowed vessels carrying Australian wheat and forest product to discharge at its ports. This could indicate that China’s ban on Australian coal could extend to other commodities as well.