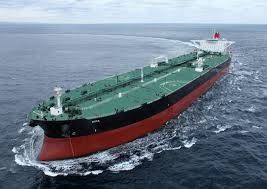 This is the third international antitrust approval granted to KSOE so far. In October 2019, the deal got the first green light from Kazakhstan. What is more, the Competition and Consumer Commission of Singapore (CCCS) cleared the proposed merger in August this year.

The $1.8 billion merger still needs to secure approvals from South Korea, Japan and the European Union. Since last year, the EU has been investigating the proposed merger due to concerns that the deal may reduce competition in various global shipbuilding markets such as LNG and LPG carriers, containerships and oil tankers. The coronavirus pandemic has slowed down the investigation, delaying the commission’s final decision.

China’s approval is expected to have a positive effect on antitrust reviews being conducted by authorities in Korea, Japan and the EU, a KSOE official was cited as saying.

In March last year, HHI signed a formal contract to take over the Geoje-based DSME. The agreement was reached with Korean state lender Korea Development Bank (KDB), the majority shareholder in DSME owning a 55.7 percent stake in the company.