China is storing an epic amount of oil at sea. Here’s why 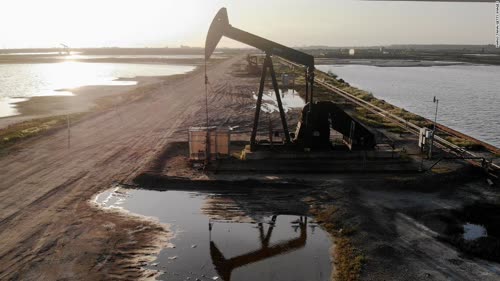 China bought so much foreign oil at dirt-cheap prices this spring that a massive traffic jam of tankers has formed at sea waiting to offload crude.

As of June 29, China — the world’s second-largest consumer of oil after the United States — had amassed 73 million barrels of oil on 59 different ships floating at sea off the country’s northern coast, according to ClipperData, which tracks waterborne flows of crude oil in real-time. For context, that is three-quarters of the demand for the entire planet.

Barrels arriving today would have been purchased in March and April — when oil prices were melting down because of the pandemic. US crude crashed below zero on April 20 for the first time ever.

China’s so-called floating storage — defined as barrels of oil on vessels waiting for seven days or longer — has nearly quadrupled since the end of May, according to ClipperData. Not only is that the most on record going back to early 2015, it’s up seven-fold from the monthly average during the first quarter of 2020.

The hoarding of oil at sea is a reflection of China’s bargain-hunting during a time of extreme stress in the energy market.

“China went on a global buying binge,” said Matt Smith, director of commodity strategy at ClipperData. “There is just this deluge of crude building up offshore.”

And Smith noted that China’s onshore storage tanks are not even close to being filled.
“This is simply related to terminal congestion. They’ve got so much coming in that they can’t bring it onshore quickly enough,” he said.

$80 swing in oil prices
It was China’s purchases that helped prop up the battered oil market.

Just seven weeks after crashing to a low of negative $40 a barrel, US crude surged back to $40 a barrel. That $80 swing was driven by unprecedented supply cuts by OPEC and Russia, the lifting of health restrictions around the world and strong demand from China.

China, the world’s second-largest economy, relies heavily on foreign crude to keep its economy humming. That’s why it makes sense for the country to stockpile oil when global prices were at rock bottom.

China’s oil imports soared 19% in May from the year before to a record high of 11.3 million barrels per day, according to S&P Global Platts. The country’s shipments of foreign crude are expected to have topped that record in June.

A good-sized chunk of that oil originated in Latin America.

Brazil is the leading source of oil in China’s floating storage, according to ClipperData. It takes about a month-and-a-half for crude to get shipped to China from Brazil. Much of the oil also comes from Iraq, Saudi Arabia and Nigeria.

Of course, other countries similarly took advantage of the oil crash to bolster their emergency stockpiles.

As oil prices were in free fall in March, the Trump administration promised to support US oil producers facing “potentially catastrophic losses” by purchasing 30 million barrels to bolster the Strategic Petroleum Reserve. The move marked a reversal from the government’s previous plan to sell oil from the stockpile at what would have been weak prices.

But analysts said that China’s stockpiling dwarfs what other nations have done in response to cheap prices. “China is the only country that has been buying like crazy. They went out and bought the dip,” said ClipperData’s Smith.

That’s because the oil markets this spring flipped into steep “contango” — a phenomenon that occurs when investors are willing to pay far more for a commodity in the future than they would today. The situation creates an arbitrage opportunity for market players to store crude for a few months and then flip it at a later date for a tidy profit.

“Why sell it for -$40 when you can sell it a month later for $40?” Louise Dickson, oil markets analyst at Rystad Energy, wrote in an email to CNN Business.

Energy companies and investors in the spring started using ships not just for transporting oil but to store it.

That caused the rate to hire a very large crude carrier, or VLCC, which can hold 2 million barrels of crude, to more than double to $15 million for a journey from the US Gulf Coast to China in late April, according to Rystad.

“Now that the storage panic is lifted, no reason to book VLCC for storage,” Dickson said.

Of course, the risk is that China’s thirst for foreign oil will eventually be satisfied. Imports are already sitting at record highs. Floating storage is well above normal levels. And oil markets are no longer in contango.

ClipperData’s Smith said that the traffic in crude bound for China has already begun to slow.
“Just as it helped support prices the past few months,” he said, “it may do the opposite in the months ahead.”