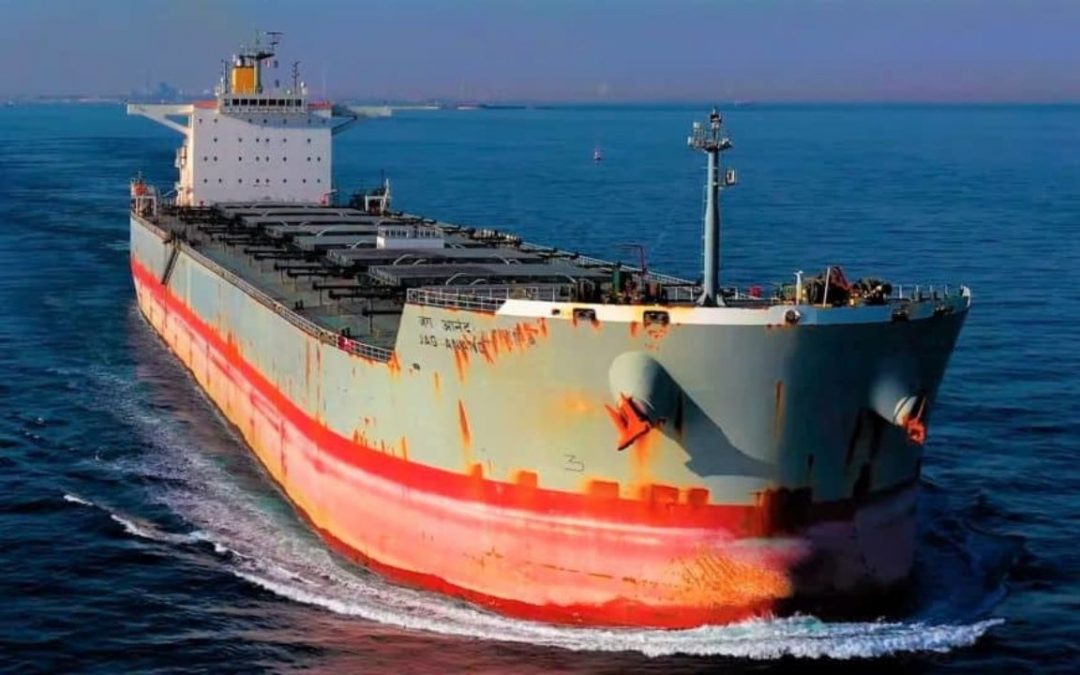 China on Friday denied that it has restricted an Indian ship carrying Australian coal from leaving its port following complaints of inordinate delay in permitting the vessel from unloading cargo leaving its 23-member crew stranded.

The ship, ‘Jag Anand’, carrying a huge consignment of Australian coal to China has been stuck at Jingtang port since June, with the crew members seeking immediate relief as the vessel remained in the queue since its arrival.

Their plight has been highlighted by the National Union of Seafarers of India, International Transport Workers Federation (ITF) and the International Maritime Organisation, according to a statement by ITF-Asia Pacific Region.

Asked about the ship and its stranded crew, Chinese Foreign Ministry spokesman Wang Wenbin told a media briefing here on Friday that “as far as I understand, this Indian shipping vessel has been berthed near Jingtang port since June.”

“China has never restricted it from leaving. The freight forwarder does not want to adjust the plans for the vessel due to commercial interests which is the real cause of the situation, he said.

“The local Chinese authorities have been in close contact with the Indian side and responded to their requests timely, he said, adding that officials offered to provide rescue assistance if there is any medical emergency.

Earlier, officials of the Indian Embassy here said that since September, the plight of the Indian crew has been taken up with the provincial government of Hebei province where the port is located.

They said the Hebei government in its response has said the ship is in the queue for berthing and crew change cannot be allowed due to strict protocols related to the COVID-19 pandemic.

It offered to provide any medical assistance to the crew in case of any emergency and stated that the vessel can leave if it wishes to, they said, adding that the response of the Hebei government has been conveyed to the shipping company.

Relations between Australia and China in the past few months nose-dived after Canberra barred Chinese telecom giant Huawei Technologies from its national 5G network over national security concerns.

China also resented Canberra’s push for an international inquiry into the origins of the coronavirus in April.

Reports from Australia say China has been restricting a number of Australian exports, including coal.

Apart from this, China appears to have been irked by a law passed by Australia in 2018 that banned covert foreign interference in domestic politics and made industrial espionage for a foreign power a crime.