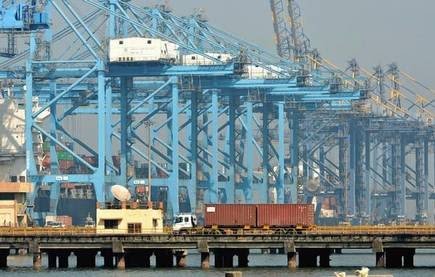 The Ministry of Environment, Forest and Climate Change has said that ports as an industry are allowed in the ecologically sensitive Dahanu taluka area, which includes Vadhavan in Maharashtra’s Palghar district, where the Centre plans to build an ambitious new major port estimated to cost Rs 65,544.54 crore.

The Ministry conveyed its stand on the issue in early June to the Dahanu Taluka Environment Protection Authority, which had raised objections to the Vadhavan project, planned to handle some 254 million tonnes (mt) of cargo, including 9.87 million twenty-foot equivalent units (TEUs). This Authority was set up by the Maharashtra government as an oversight agency to “monitor” projects coming up in the ecologically fragile zone.

The Environment Ministry’s stand will remove a big hurdle in the development of the port, to be helmed by Jawaharlal Nehru Port Trust (JNPT), a Shipping Ministry official said.

While seeking “in-principle” approval from the Cabinet to build the new port on February 5, the Shipping Ministry had said there was no restriction on constructing a port in Vadhavan as a port, in the absence of any manufacturing or processing activity, is not an industry but an infrastructure project.

Yet, a petiton filed by the Vadhavan Virodhi Manch seeking to retain the status of the Dahanu Taluka Environment Protection Authority, nudged the Environment Ministry to communicate its stand on the issue.

Armed with the clarification, JNPT will apply to the Expert Appraisal Committee (EAC) attached to the Environment Ministry by early July seeking environmental and coastal regulation zone clearances for the project, which would be the 13th major port to be owned by the Centre.

Vadhavan will be set up as a corporate port under the Companies Act. It would be developed as a landlord port, with the port company building the basic port infrastructure, while berths, terminals and associated facilities will be constructed by private firms in the public-private-partnership (PPP) mode.

To overcome opposition from fishermen and farmers from the area, the port will not be constructed on the land side but off-shore, by reclaiming 567 hectares from the sea, spread over 2-3 phases. The first phase of the project will cost over Rs. 10,000 crore.

Meanwhile, JNPT has floated a tender to undertake detailed engineering for the project and the port authority hopes to “freeze the master plan, design and investment plan” within a year, the Shipping Ministry official said.

A key component of the new port will be a 11.2 km-long break water, whose tail would rest near the shore, while the head would be in the sea at a depth of 18 metres, making it one of the deepest breakwaters for a port in the world. The construction of the breakwater alone will cost about Rs 8,000 crore.

Vadhavan Port will have a depth of 20 metres, allowing it to handle container vessels with a capacity to carry as much as 25,000 twenty-foot equivalent units (TEUs), giving advantages of economies of scale and reducing logistics cost.