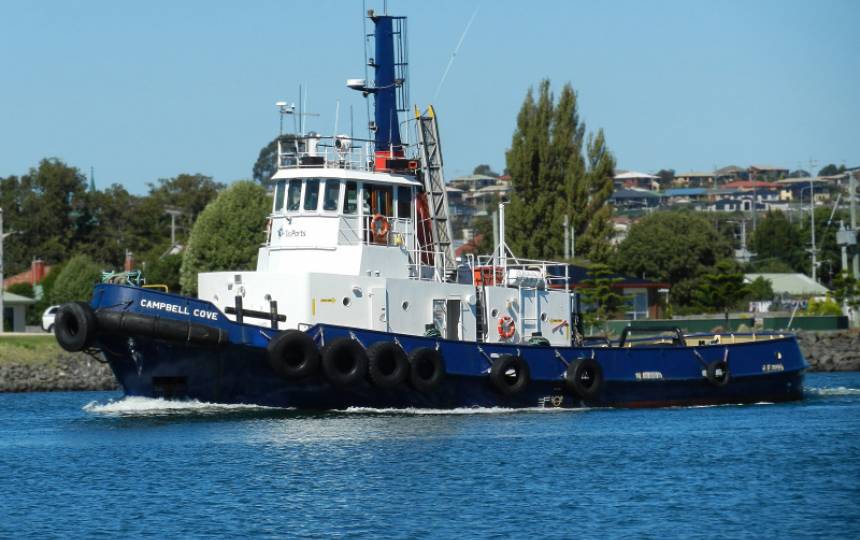 The Australian Transport Safety Bureau has launched an investigation into a collision between a cement carrier and two docked tugboats at the Port of Devonport, Tasmania, on Friday.

The collision involved the Australian-flagged cement carrier Goliath, and TasPorts tug boats York Cove and Campbell Cove, shortly after the Goliath arrived in the port after passage from Melbourne.

Both tugs sustained substantial damages and have partially sunk.

Tasmania’s state-owned ports operator, TasPorts, confirmed the incident took place at approximately 11.50 a.m., Friday morning, 28 January 2022. Its update said the two are currently partially submerged alongside the wharf at Berth 3 West and resting partially on the seabed. Both vessels remain secured to the wharf and TasPorts is continuing to monitor status.

No injuries were reported and no crew members on board the tugs at the time of the incident.

The ATSB said a team of transport safety investigators from ATSB’s Canberra, Melbourne, and Sydney offices are deploying to the accident site.

“On site, investigators will examine the vessels and site surrounds, conduct interviews with involved parties and witnesses and review logs. The ATSB will download data from the ship’s voyage data recorder and other recordings for detailed examination in the ATSB’s technical facilities in Canberra.”

“The ATSB asks anyone who may have seen the incident, or who may have CCTV or other footage, to make contact via the witness form on the atsb.gov.au website,” the ATSB said.

The Environmental Protection Authority (EPA) is the lead agency in the oil spill response and recovery.