Cargo Ship Spills Oil After Collision With Dredger Off Manila 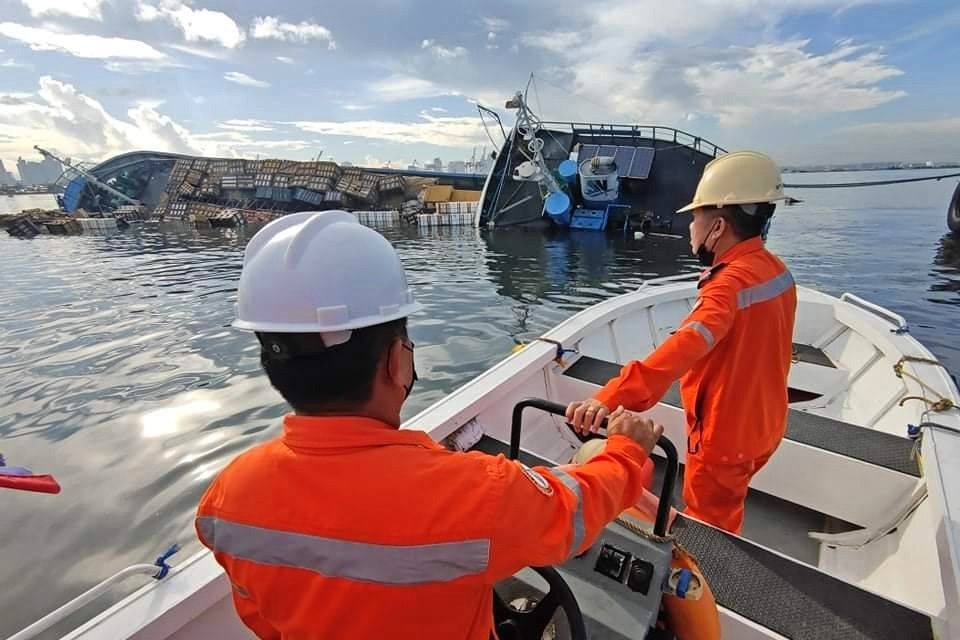 The incident caused the 345 GT Palawan Pearl, which carried 3,000 litres of diesel in its oil storage tank, to tilt and take on water. The ship also has a drum of diesel oil, 60 litres of engine oil, and 60 litres of bilge oil.

The ill-fated vessel is located outside the breakwater of Baseco Beach, approximately 100 meters from Baseco Beach shoreline.

“At this time, the cargo vessel MV Palawan Pearl remains half submerged where the spread of ‘oil sheen’ is observed around it,” the PCG said, adding that containment boom was placed around the distressed ship.

Luckily, no injuries have been reported after the collision.

Based on the PCG’s initial assessment, Palawan Pearl traveled from Commander’s Wharf to Baseco Compound to El Nido, Palawan.

Meanwhile, the BKM 104 was sailing in Manila Bay Anchorage area to Bulacan when the incident happened. The 375 GT BKM 104 is a foreign utility vessel contracted to perform dredging and other land development activity required for the construction of New Manila Airport.

According to the skipper of Palawan Pearl, while sailing at a speed of 7 knots at three kilometers from the Pasig River, they noticed BKM 104 approximately 100 metres away from their port side (left) and traveling at the speed of 10 knots.

Palawan Pearl allegedly tried to avoid BKM 104, but the latter crashed twice into the left side of the cargo vessel and almost sank it.

The multipurpose vessel reported no damages except minor damage to its paint.