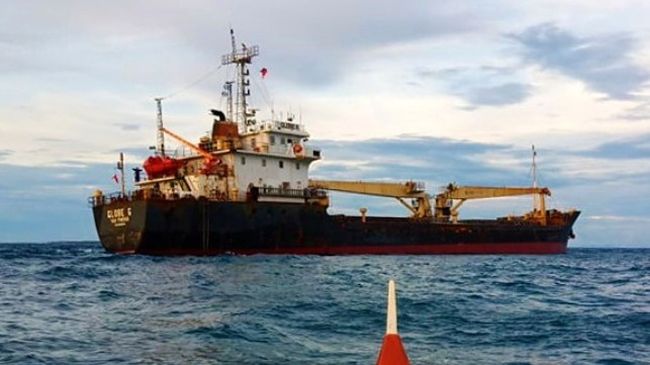 A cargo ship boring the flag of Vietnam ran aground in Filipino waters after its Officer on Watch fell asleep.

The ship, named Globe 6, is a 4400 DWT freighter. It was bound to Davao City from Vietnam’s Ho Chi Minh, before being aground in the central Philippines.

Investigators from the Filipino Coast Guard, after an initial investigation, said, “According to Captain Nguyen Hoai, skipper of MV Globe 6, their Officer on Watch (OOW) fell asleep when the maritime incident happened.”

The ship was reportedly carrying fold staples, which also included rice when It ran aground with a crew of 25. Till now, no casualties or injuries have been reported by the Coast Guard.

Since M.V Wakashio ran aground in Mauritius, causing a tremendous oil spill, fears of this incident repeating has been in the mind of the Filipino authorities.

The Coast Guard, with regard to countering oil spill, said, “PCG personnel immediately proceeded to say vicinity waters to inspect the vessel for possible damages that may cause oil spill and to conduct an initial inquiry about the cause of the maritime incident.”

The Filipino Coast Guard also said that their divers are en route to check the vessel’s hull and to address fears of a possible oil spill that might occur via damages.

The Coast Guard also released footage of the vessel.