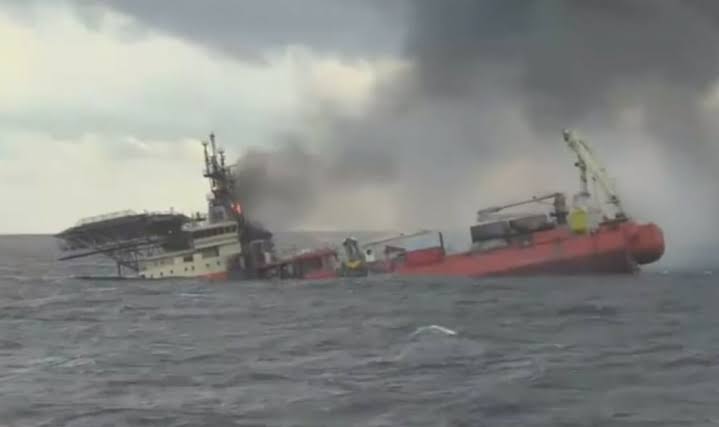 The fire started in the afternoon hours of 11 November. Its origin has not been determined so far.

The ship — with fourteen crew members on board — has been identified as the 6,500 dwt Al Hani. It arrived from Libya and was on its way to Turkey at the time of the incident.

As informed by the coast guard, two patrol boats were immediately sent to the scene. One of the patrol boats evacuated the master and the seafarers aboard Al Hani.

Firefighting teams managed to extinguish the fire on 12 November.

An investigation into the incident has been launched.

The Port Authority of Neapolis Vion has banned Al Hani from departure and initiated a procedure to impose administrative sanctions, according to the Hellenic Coast Guard.

The shipowner reportedly hired a private company to provide salvage services and handle the incident. No oil spill has been detected so far.

In 2020 alone, Al Hani suffered technical issues three times. In addition, the vessel experienced an explosion in the engine room while anchored in Kerch Strait, Black Sea in February this year.