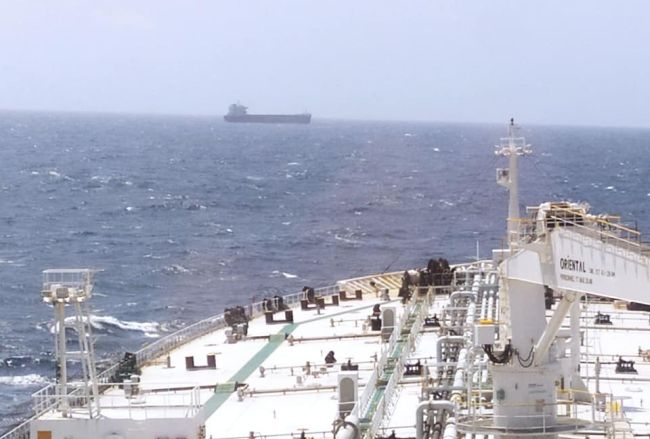 A fire aboard the Greek-flagged cargo ship ‘Faneromeni’ led to the demise of a 55-year old second engineer, who was of Greek nationality. The fire broke out on Wednesday, 19th Aug 2020, confirmed the Shipping Ministry of Greece. The ship sailing from the UAE to Port Elizabeth in South Africa at 15 knots, sans cargo.

The fire was reported to have broken out in the engine room of the vessel early in the morning (0400 hours, Greece time) that killed one and injured another crew member. There were a total of 18 members on board, 5 of them being citizens of Greece.

The fire since then has been extinguished, but the ship remains disabled on Sea. By mid-morning on the same day, all fire was gone and the ship was drifting into the sea, without steering. Ships nearby have been informed to assist Faneromeni.

The injured 23 years old third engineer suffered from burns and smoke inhalation in his attempt to rescue the other sailor. First aid had been provided but he may be airlifted in order to receive medical attention regarding the smoke inhalation.

A distress call had been sent to the Mumbai Rescue and Co-ordination Center, who was managing the situation. Vessels were sent to help put-down the fire. The cause of the fire is yet to be determined.

The rescue and Coordination Center of the Hellenic Coast Guard have ensured to remain in contact and watch over the welfare of the crew onboard. Faneromeni is a 13-year-old ship owned by Marmaras Navigation in Greece.