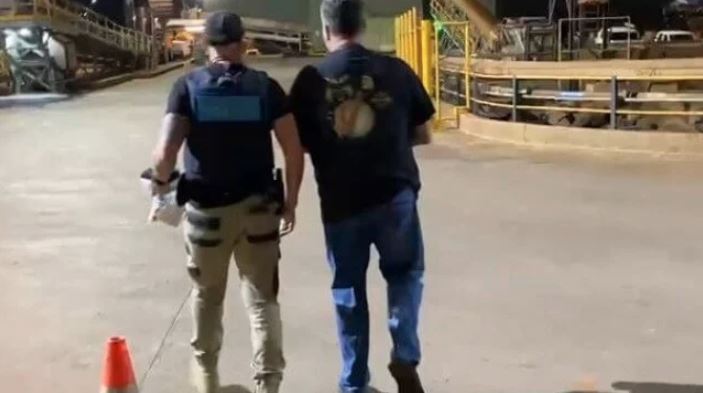 Australia arrested the captain of a bulk carrier charging him with being part of an organized effort to smuggle narcotics into the country. The 51-year-old citizen of Montenegro is being charged with importing a commercial quantity of a border controlled drug into Australia and if convicted the maximum penalty is life in prison.

The latest in a series of high-profile cases involving international ships arriving in Australia, this case began in mid-May when the Australian Federal Police, Western Australia Police Force, and Australian Border Force announced the arrest of two men charged with allegedly importing 320kg of cocaine into Western Australia. The drugs valued at US$90 million were seized and the men were arrested in a mining port, Port Hedland, in Western Australia.

Police did not provide extensive details saying the investigation was ongoing but did report that they were investigating the possible involvement of an “international bulk shipping carrier.” The two suspects were observed in a small boat that they had rented in the port and used to travel about 17 miles out to sea. The small boat was seen idling close to the bulker while offshore.

The men were arrested on May 17 and the police reported that they had also boarded the bulker when it docked in Port Hedland after a voyage from Japan and China. At the time they said investigations were continuing into “suspicions that a cargo vessel was used to import the drugs into Western Australia waters from overseas.”

The Australian Federal Police reported that during their investigation they had seized the cellphone from the master of the bulker, the Marshall Island-registered Interlink Veracity. The 38,700 dwt bulker had initially arrived off Australia on May 14 anchoring and later moving to the berth, where it remains. The police said that the examination of the captain’s phone seized during their inspection of the vessel revealed messages relating to the drug smuggling operation.

They allege that the captain brought the drugs onto the bulker at an unidentified foreign port. After the bulker anchored offshore they believe the captain began dropping the packages, each containing about 8kg of cocaine, overboard. They were retrieved by the two men who transported them to shore.

The police returned to the bulker on May 23 for an additional search of the 590-foot vessel. During that investigation, they arrested the captain and removed him from his ship. He was expected to appear in court today in South Hedland, Australia.

“It is our clear objective to systematically pull apart the syndicates that are responsible for the trafficking of these deadly illicit drugs to Western Australia,” said Commissioner Blanch of the Western Australia Police Force Deputy discussing the ongoing efforts to disrupt the maritime smuggling of drugs into Australia.

Yesterday’s arrest came two weeks after the police investigated another bulker arriving from Argentina for its possible involvement in smuggling. In that case, they apprehended 50kg of cocaine after being called to the harbor on reports of an unconscious driver. The deceased diver was in sophisticated gear and the police then found the packages of cocaine floating in the harbor. They believed that something had gone wrong during an operation to retrieve the cocaine from a sea chest on the bulker. In that case, no one from the ship was arrested, but they later took into custody the operator of a drive boat company alleging that he had masterminded the scheme and they were searching for two people believed to have been assisting the diver.

At the end of March, the police also arrested four crewmembers from a Cyprus-registered bulker while it was docked in Port Adelaide. The operation led to the recovery of 416kg of cocaine worth an estimated street value of more than US$125 million, which they called the largest drug bust in Southern Australia.