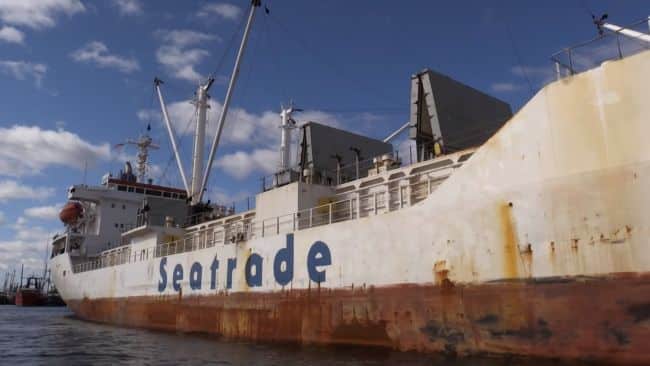 In a recent piracy incident that happened off the coast of Lagos, Captain and one other crew member of the Seatrade reefer ship – WATER PHOENIX bearing the IMO number 9045168, has been kidnapped by the pirates.

As per the reports, the ship spotted pirate boats and started to do evasive maneuvering. However, the pirates were successful in boarding the ship.

It is assumed that the rest of the crew were able to retreat and lock themselves safely in the citadel and the ship is currently drifting.