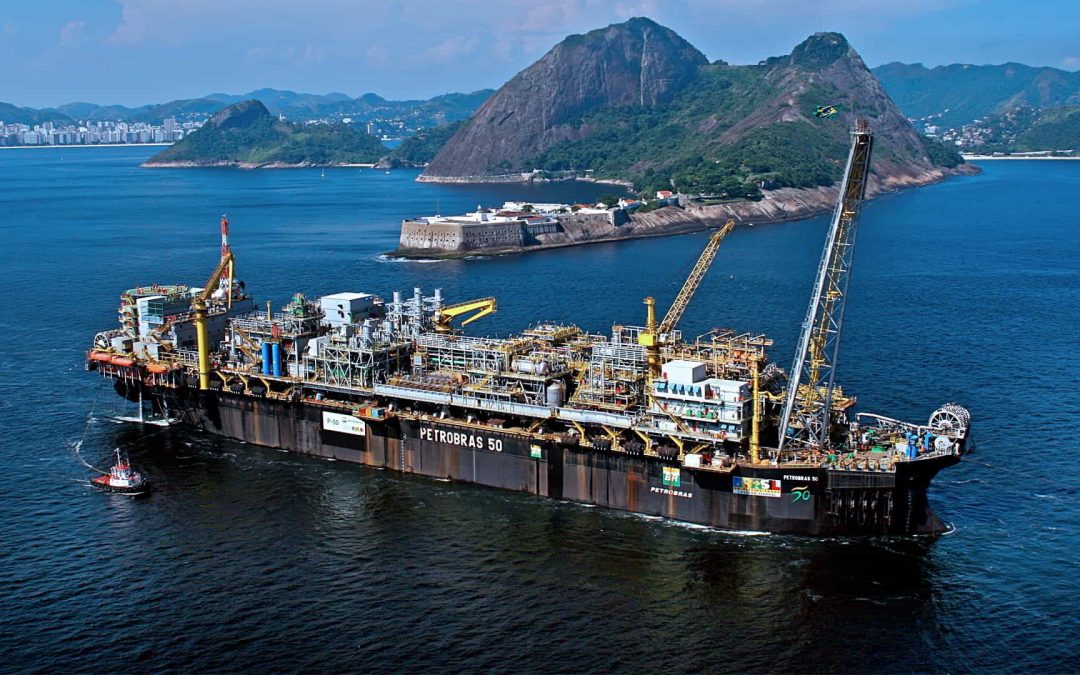 Earlier this month, Petrobras announced that the divestment process of the maritime concession called Golfinho cluster was still in the binding phase, adding that BW Energy was invited to the negotiation stage.

To remind, Petrobras disclosed its intention in January 2020 to sell its entire stake in two sets of deep-water post-salt offshore concessions, which are Golfinho and Camarupim clusters located in the Espírito Santo Basin. The following year in June reports emerged that Petrobras received a binding offer from BW Energy and DBO Energia for its Golfinho fields and it was reported that the Brazilian state-owned firm was expected to start bilateral negotiations with the top bidder shortly afterwards.

In response to recent speculations regarding the potential acquisition of the Golfinho field in Brazil, BW Energy confirmed last week that it was having discussions with Petrobras for a potential purchase of the Golfinho Cluster.

In an update on Wednesday, Petrobras revealed that its executive board has approved the sale of its total stake in the maritime concessions groups named Golfinho Cluster and Camarupim Cluster to BW Energy Maromba do Brasil. The company emphasised that the signing of the sale and purchase agreement for these two clusters in the post-salt deep waters, located in the Espírito Santo Basin, and the subsequent steps will be disclosed to the market in due course.

The Brazilian state-owned player advised that the total amount of the sale is up to $75 million, and entails $3 million paid on the date of the signing of the sale and purchase agreements, $12 million to be paid at the closing of the transaction, and up to $60 million in contingent payments, depending on future Brent prices and asset development.

Petrobras also pointed out that these amounts do not take into consideration adjustments due until the closing of the transaction, which is subject to compliance with certain precedent conditions, such as the approval by the Administrative Council for Economic Defense (CADE) and National Agency of Petroleum, Natural Gas and Biofuels (ANP). The sale of these two clusters is aligned with Petrobras’ portfolio management strategy and “the improved allocation of the company’s capital, aiming to maximize value and a greater return to society.”

In a separate statement on Thursday, BW Energy confirmed that its offer to acquire the Golfinho and Camarupim Clusters offshore Brazil has been approved by Petrobras, adding that the acquisition is expected to add approximately 9,000 barrels of oil per day from early 2023.

The firm expects the acquisition of 100 per cent operated working interest (WI) in the Golfinho and Camarupim clusters and 65 per cent WI in the BM-ES-23 block to be completed in the first quarter of 2023. The company intends to finance this transaction through its cash flow and existing liquidity.

BW Energy’s internal estimate for these assets is 38 million boe of proven recoverable resources, predominantly oil, of which 19 million boe developed and producing, and 19 million boe undeveloped, however, the company has identified a further 0.7 Tcf of recoverable gas accumulations for potential future development.

Carl K. Arnet, the CEO of BW Energy, remarked: “Golfinho offers material ongoing production and cashflow in Brazil at an attractive price with significant upside potential in near-field exploration and phased developments. It will diversify our production base, accelerate the build-up of the local operating organisation and provide an established working relationship with Brazilian stakeholders ahead of the Maromba development.“

Located at a water depth between 1,300 and 2,200 meters in the Espírito Santo Basin, the Golfinho Cluster comprises the Golfinho field, an oil producer, the Canapu field, a non-associated gas producer, and the exploration block BM-ES-23. This adjacent exploration block holds the Brigadeiro gas and condensate discovery and Petrobras has a 65 per cent stake, while its partners, PTTEP and Inpex, hold 20 per cent and 15 per cent, respectively.

On the other hand, the adjacent Camarupim Cluster is located in water depths between 100 and 1,050 meters, comprising the non-producing gas fields of Camarupim and Camarupim Norte.

Based on Petrobras’ data, the average total production of the Golfinho field from January to May 2022 was 8.6 thousand bpd of oil and 90 thousand m3/day of gas, while other areas are not in production. The Golfinho field started operations in 2007 and the FPSO Cidade de Vitória, which belongs to Saipem, works on the field.