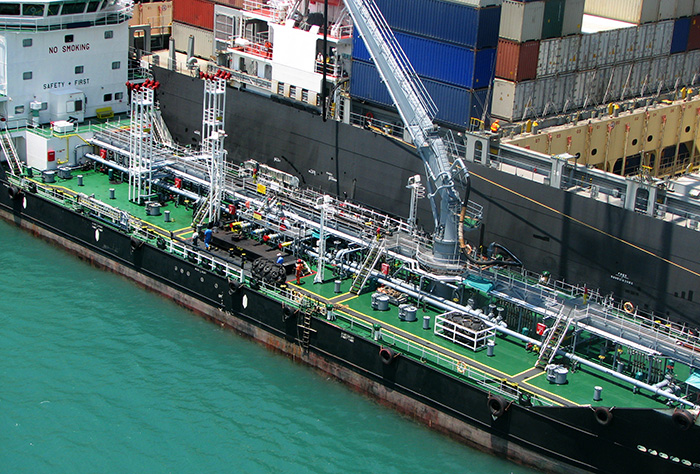 Prices for bunker fuels in Vancouver and Seattle rose this week to levels last seen in end-July due to an increased demand coupled with tight supply, according to market sources.

Before that date in July, pricing in the $340s range hadn’t been registered since March, when the coronavirus pandemic started to strongly hit global fuel demand.

“There is decent demand for deliveries. Barge congestion is an issue,” a bunker source said Aug 19.

The strong demand for deliveries remained on Aug. 20 with barges almost fully booked for the next 10 days, according to the source.

Values in Seattle, which recently have been talked with a $5 discount to Vancouver, have also risen.

The high sulfur segment has also been strong.

“Avails are tight,” said a second source regarding high sulfur IFO 380, which was assessed Aug. 20 at $285/mt, up $1 on the day. Although the same price level was registered Aug. 18 and Aug. 15, no value has been higher in Vancouver for the high sulfur fuel since a price of $300 on March 6.

The marine gasoil segment, however, has not shown the same strength as 0.5%S and HS IFO 380 in the last few days.

Previous higher levels for MGO were only seen on March 12, when the fuel was valued at $440/mt in Vancouver and $430/mt in Seattle.