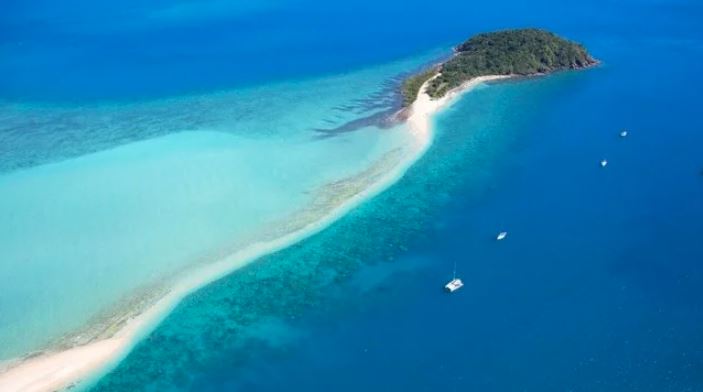 An Australian court convicted and fined the master and first officer of a bulker for operating their vessel in a shipping exclusion zone near the Great Barrier Reef. The vessel’s officers pleaded guilty to the charges resulting in a total fine of A$75,000 (US$52,000) for the compliance breach which was detected by a vessel tracking service in the marine park.

“Major shipping incidents can have catastrophic consequences for the environmental, cultural, and economic values of the Great Barrier Reef, and vessel operators who flout the laws will be held to account,” said Josh Thomas, Chief Executive Officer for the Great Barrier Reef Marine Park Authority. “The Reef Authority places a very high priority on investigating breaches of laws that are designed to reduce the risk to the reef from ships navigating within this World Heritage Area.”

According to the evidence presented in the Townsville Magistrates Court on June 21, 2022, the park’s vessel tracking service observed the violation by the 176,000 dwt bulker Sea Coen. The bulker registered in the Marshall Islands entered the reef lagoon through Palm Passage, an area offshore of Townsville which is a shipping exclusion zone. The incident occurred in March 2022 and the master and first officer both from South Korea had been charged and released on bail.

The actions of the master and first officer were found to have significantly increased the level of risk to the safe navigation of the ship through the Great Barrier Reef, though no major damage was caused. They pleaded guilty in court to the charges of Prohibited Conduct in a zone of the Great Barrier Reef Marine Park. The master was fined A$40,000 (US$28,000) and the first officer A$35,000 (US$24,000) with the amounts being deducted from a bail of A$45,000 (US$31,000) that had previously been posted for each person.

The court outcome according to Thomas was a good example of enforcing compliance in the Marine Park. “Having access to technology such as vessel tracking services, ensures we can act swiftly to prevent serious incidents from damaging the Marine Park,” said Thomas.

The reef vessel tracking service notifies the authorities when incidents occur, and also provides 24-hour monitoring, enabling intervention to prevent offenses and damage to the reef. Marine Park officials said it is a critical service for managing ship movements and protecting the environments of the Great Barrier Reef and Torres Strait.

The monitoring is in response to multiple incidents near the reef involving the commercial shipping industry. The most serious accident happened in 2010 when the Chinese-registered bulk carrier Shen Neng 1 grounded causing the largest known incident destroying and damaging an area of the shoal. The ship’s hull was seriously damaged by the grounding, with the engine room and six water ballast and fuel oil tanks being breached, and also leaving substantial areas of loose coral rubble and toxic anti-fouling paint on the reef. Years of litigation resulted in an approximately $30 million settlement in 2016.