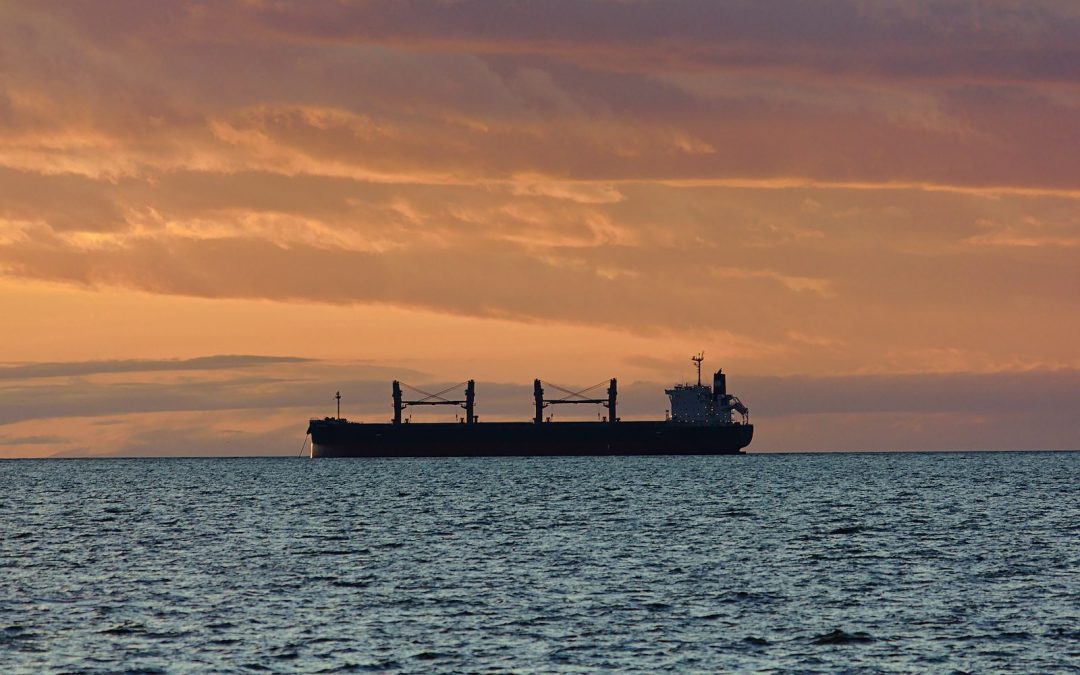 Black Sea region logistics was heavily affected after the beginning of the Russian-Ukrainian war and the following blockade of Ukrainian seaports.

Shortly after the Ukrainian seaports have been blocked by Russian Navy forces, significant part of the container traffic enroute to Ukraine was directed to the neighboring port on the Black Sea – Constanta, Romania. Port of Constanta [150 km north from Varna, Bulgaria] was overloaded after a rapid increase of Ukrainian import containers. As a result, part of the cargo began to shift towards the port of Varna, Bulgaria which terminals are not congested.

Some transport stakeholders shared opinion with Informall BG that the port of Varna is currently a more reasonable option for Ukrainian exporters shipping their cargoes in ocean containers. Given the current congestions in Constanta, some shippers from Ukraine prefer to deliver the cargo to/from Varna where the container terminal is operating under standard conditions.

Daniil Melnychenko data analyst at Informall BG: “Varna is an appealing option for freight forwarders willing to move cargo seamlessly while the extra cost of travelling to Varna is compensated by cheaper cargo handling charges and affordable stevedore services”.
Also, similarly to Romania, the government of Bulgaria joined the initiative that simplifies cross-border rules for trucks carrying Ukrainian import and export cargoes. The initiative allowed to speed up the transshipment of Ukrainian containers with essential products and humanitarian aid arriving in the port of Varna.

Having trusted and friendly partners in Bulgaria Informall BG asked Kostadin Dimitrov, manager of the Varna West Terminal, for a few comments to find out more about container terminal operations amid the Russian-Ukrainian war:
“Q1 2022 period results did not demonstrate any significant increase in the volume of Ukrainian containers moving in transit. However, as Constanta terminal overloaded, we began to receive requests from Ukrainian freight forwarders interested in moving cargo via Varna terminal more often” – shares Mr. Dimitrov.

Kostadin suggests that shipping line restrictions imposed on the container equipment entering Ukraine is the main bottleneck for import container traffic moving from Varna (and Constanta) to Ukraine. While non-Ukrainian containerized cargo is continuing to move to the POD [place of delivery] in a container, Ukrainian cargo must be restuffed to a bonded truck for further delivery to Ukraine. This extra cargo handling operation is a time-consuming process which slows down overall container turnover and increases transportation costs.
Mr. Dimitrov confirms that the container terminal of Varna has sufficient capacity to handle part of Ukrainian traffic, however, warehouse space may become an issue if shipping lines leave the restrictions in place.

If restrictions are removed, Ukrainian container traffic flowing in transit via Bulgaria will move significantly faster than today and at more reasonable cost. Currently, only a few liner operators are ready to take risks and let Ukrainian importers deliver their containerized cargo straight to Ukraine. Mr. Dimitrov continues: “We regularly receive requests [from Ukraine] for bonded storage services in Varna but as of today, such port warehouses are fully utilized and storage capacity is limited. Once shipping lines allow delivering containers directly to Ukraine, the warehouse space should not be an issue anymore. We, as a Terminal West operator in

Varna continue our talks with shipping line representatives and promote the idea of direct container shipping to Ukraine, however, it is up to them [shipping lines] to decide”.
Vassiliy Vesselovsky CEO of Informall BG says: “as regional transport stakeholders recover from the war aftershock effect, we expect that the companies providing liner service to the Black Sea will review and ease up their restrictions on Ukrainian import containers in the nearest future. Such a move will benefit all parties involved in moving containerized freight to/from Ukraine”.

Note: Informall rating is based on the data for total container turnover, [without transshipment] for container terminals of Varna and Burgas.

According to the results of the Q1 2022 Informall rating, the total container turnover of Bulgaria decreased by (-) 6,99% compared to Q1 2021. Shipping lines present in the Bulgarian container market did not demonstrate any significant changes which can be seen in the rating table below.

Despite the decrease in domestic laden container turnover in Q1 2022 vs Q1 2021, Informall forecasts that Bulgaria is set to gain in its transshipment volume in Q2 period as Russian-Ukrainian war unfolds.

While Ukrainian containerized cargoes found their way to the port of Varna [mainly by trucks], Ukrainian exporters of bulk cargoes are still struggling. The complexity of the route connecting Ukraine and Bulgaria as well as cost factors are not allowing to effectively transport Ukrainian grains [wheat, corn, sunflower seeds etc.] to the terminals of Bulgaria. However, the officials of Ukraine and Bulgaria are mutually looking for ways to improve the logistics on the route for bulk cargoes particularly.

“Bulgaria will be glad to provide the port of Varna as the logistical hub to transship flour and sunflower seed and distribute grain that Ukraine could not distribute through its ports”, – Bulgarian Prime Minister K. Petkov said after the meeting with V. Zelenskyy, President of Ukraine. Yet, the Prime Minister gave no timeline and provided no details of the volumes of grain to be shipped via Varna on the Black Sea.

On the contrary, Informall BG would argue the potential of the Ukraine-Bulgaria export grain corridor. While the port of Constanta features access to the Danube River waters, the port of Varna is accessible only by land roads and this is a major issue for grain shippers. The combined utilization of freight trains and capacious river barges [on Danube River] allows handling considerable volumes of grain through Constanta at a reasonable cost. Also, the proximity of Constanta grain terminals to Ukrainian borders is a factor allowing to utilize trucks on the route efficiently.

Despite the congestion on the Ukrainian [Danube] riverports, Constanta has shipped over 100,000 tons of Ukrainian grain during the mid-March – May 2022 period. Constanta continues to receive pull-barges and trucks with Ukrainian corn and wheat transferring the grains onto vessels through one of the fastest-loading grain terminals in Romania, reports Informall BG.

At the same time, if the Varna grain terminal would attempt to handle similar volumes of Ukrainian grain, they will need to receive over 4,400 loaded trucks or at least 1,660 rail wagons within the same time period. Despite the Varna proximity to Ukraine, the land corridor connecting both countries is underdeveloped which creates serious logistics challenges for the exporters willing to move considerable volume of grain via the port.

Informall BG continues: “considering currently spiked bunker [and gas] prices, significantly raised insurance premiums for vessels entering the Black Sea waters and the overall complexity of the Ukraine-Bulgaria land corridor, the cost of transshipment of Ukrainian grain via Varna terminals is likely to make the logistics on the route unreasonably costly for the exporters”.

Alexander Khromov project manager of Informall BG points out: “While Ukrainian seaports are blocked, ports of Poland and Lithuania on the Baltic Sea remain to be major gateways for Ukrainian agri-products to international markets. The countries are further developing the transit corridor from Ukraine bypassing Belarus to transport grains under minimum checks and accelerated customs procedures, minimizing existing infrastructure and bureaucratic obstacles”.

Informall BG continues: “significant share of Ukrainian grains is expected to continue flowing towards ports of Poland and Lithuania on the Baltic Sea as well as to the port of Romania on the Black Sea, however, their terminal capacity is also limited, especially during harvest seasons. Ports of Bulgaria still to be considered as a potential gateway for Ukrainian agri-exporters in case existing export routes are overloaded and/or heavily congested.”