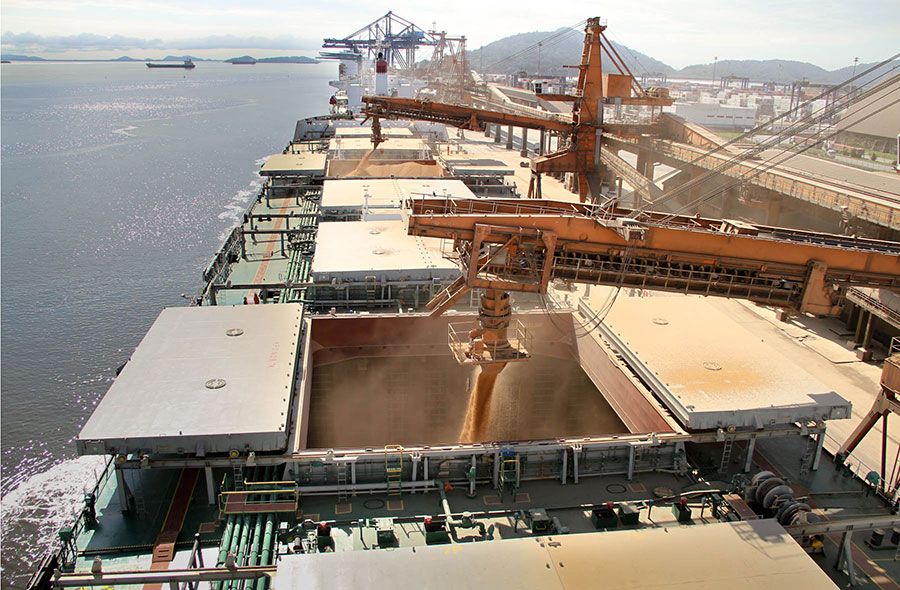 Brazilian soy shipments this month should reach 15 million tons, which could establish a new record for a month, according to the maritime agency Cargonave, considering the 250 ships in the export line-up, a growth of more than 40% compared to the number seen in the same period last year.

If all this volume were shipped, Brazil could even surpass the export record set for a single month – around 14.85 million tons – registered in April 2020, as registered by government data. However the logistic challenges are great, especially in a rainy season like this year, which delays the loading of soy from the field to the ports, according to experts.

“Despite the delay in the harvest, there is already enough volume harvested to export 15 million tons, even more considering that the harvest should advance well in the coming weeks. The question is whether we will be able to transport all that soy to the ports. It will depend a lot on the climate. March started exceptionally rainy in several states, ”said analyst Daniele Siqueira, from AgRural consulting firm.

AgRural pointed out that until last week, the harvesting pace was the slowest in ten years, and the country had harvested a quarter of its harvest by February 25th. This had an impact on last month’s shipments, which fell about 40% compared to the same period in 2020, to almost 3 million tons, and thus the long queue of vessels awaiting for exports in March.

For Aedson Pereira, from IHS Markit, “leaving everything” on the schedule is “impossible”, due to the complications caused by the rains. Still, March should be at record levels, marking the beginning of the period in the year when shipments from the largest global soy producer and exporter become stronger. E|xpectations for the country’s total exports in the year exceed 80 million tons.

In March last year, Brazilian shipments reached an all-time high of 10.85 million tons. The port with the most ships scheduled for March is Santos, the main terminal for soy shipments from Brazil, with more than 70 ships scheduled, according to Cargonave data. In the same period last year, the expectation was 58 ships.

In Paranaguá (PR), there are 50 vessels, versus 32 that had been planned for the same month last year, according to Cargonave. The schedule of soy shipments is also intense in Itaqui, Maranhão, with 28 vessels, double the amount seen last year. In Barcarena, Pará, there are 30 ships scheduled for March, versus 19 in the same period last year. The port of São Francisco do Sul, in Santa Catarina, has almost twice the number of ships scheduled as the same time last year, totaling about 15.