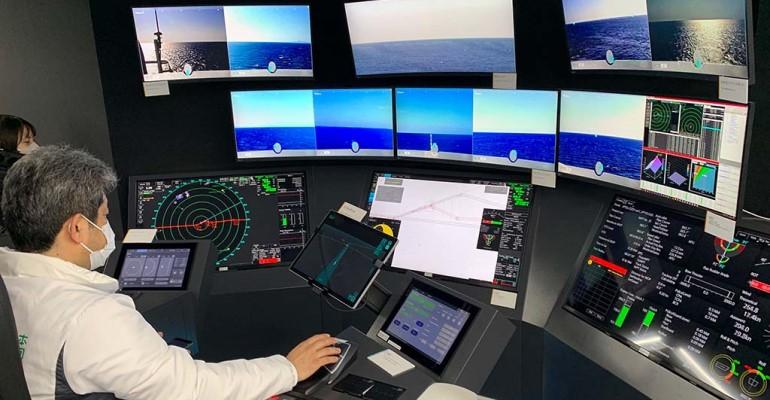 The container ship Suzaku completed a series of trial voyages simulating a 790 km trip between Tokyo Bay and Ise Bay.

The DFFAS (Designing the Future of Full Autonomous Ship) consortium, a group of 60 companies from Japan and around the world including NYK Group and MTI Co. Ltd, carried out the trial from February 26 to March 1.

Satellite and ground communications linked a fleet operation centre to Suzaku’s newly-equipped autonomous navigation system, adding capabilities including remote manoeuvring. A series of voyages were then carried out, adding up to a simulated 790 km round trip from Tokyo Bay and Ise Bay.

“This successful trial in the highly congested area of Tokyo Bay, which has roughly 500 ships passing through each day, verifies a high level of technological development that represents a significant step toward practical implementation,” NYK Group said in a press release.

The DFFAS consortium is one of five consortia taking part in the Nippon Foundation’s MEGURI 2040 fully autonomous ship project, a project which aims to tackle crew shortages and improve safety.

Yohei Sasakawa, Chairman, The Nippon Foundation, said; “The achievement of fully autonomous navigation is one way to address issues including a decrease in economic activity associated with an aging population and declining birthrate, insufficient crew capacity, and maritime accidents. This technology, developed in Japan, is the first of its kind anywhere in the world. We also hope to contribute to the creation of international rules for fully autonomous navigation.”

The latest test follows others aboard a container ship and car ferry earlier in 2022, where drones were used for mooring, augmented reality systems were used for navigation from land, and Artificial Intelligence was used to automatically identify other vessels using a range of sensors.