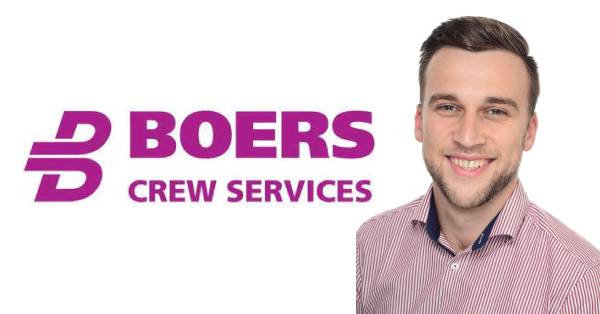 The uptake of Covid-19 vaccinations from seafarers entering German ports has been strong in 2021, according to Boers Crew Services Germany – bucking the trend of relatively few mariners around the globe getting jabbed.

Since Hamburg and Bremerhaven port authorities launched vaccination programmes in July, around 75-80 crewmembers each week have received the vaccine. Boers Services Germany, the crew services specialist covering ports in Germany, has supported the operation by handling the logistics and paperwork for seafarers wanting the treatment.

By October 2021, Boers had helped vaccinate 500 seafarers at German ports and assisted with carrying out 915 PCR tests. Two months earlier, the Neptune Declaration Crew Change Indicator revealed that only 15.3% of crewmembers globally were vaccinated, a figure which Guy Platten, Secretary General of the International Chamber of Shipping, believes has since doubled to 30%.

“We were more than happy to support and facilitate a programme that has been incredibly well organised. Germany was one of the first countries in Europe to offer seafarers the vaccine, with the costs of the scheme covered by the government.”

Mr Krause added that while the vaccination programme had been scaled back due to most crew at German ports getting jabbed, it could ramp up again to tackle the Omicron variant. “Things may kick up a gear to meet growing demand for the booster,” he said.

Boers Crew Services also provides crew services for seafarers at ports in The Netherlands, Belgium and Germany, dealing with everything from entry visas and Covid-19 tests to medical services, hotel bookings and taxi services.

Boers Crew Services Group established Boers Crew Services Germany and opened its Hamburg office in August 2020, amid the Coronavirus pandemic, to service Europe’s third biggest port and to support ship owners and operators struggling to source crew for their vessels.

“The Covid-19 pandemic was the catalyst for us setting up Boers Crew Services Germany, because maritime companies needed help with navigating the crew change crisis,” said Mr Krause. “They were faced with several challenges such as transporting seafarers, getting cash to master and applying for visas, creating big demand for a crew services specialist.”

In its first year, the German operation has managed crew changes in Germany for nearly 1,600 seafarers and provided transit visas for 415 mariners.