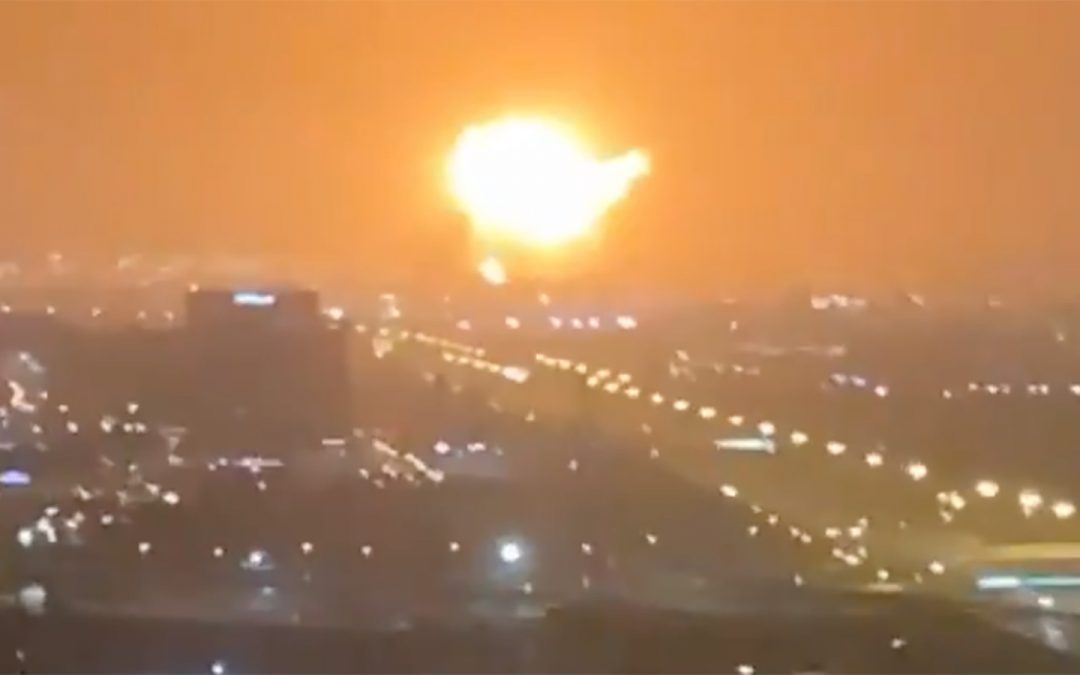 The Dubai authorities said the fire onboard a containership berthed at the key Middle East hub port had been brought under control following and explosion that was felt up to 25 km from the terminal.

“A fire caused by an explosion within a container on board a ship at Jebel Ali Port has been brought under control; no casualities have been reported,” Dubai Media Office said on Twitter.

Director General of Dubai Civil Defense Maj. Gen. Rashid Thani Al Matrooshi was quoted as saying that the cooling process for the fire was now underway after it had been brought under control.

Video footage show the fore the section of the undisclosed vessel badly damaged by the explosion and containers on the quayside that appear to have been hurled from the blast onboard the ship. Firefighters can be seen dousing the flames.

Fortunately, the aft of the ship and the accommodation block appear largely undamaged.

The explosion within container would likely be caused by a dangerous cargo. The container shipping industry has been plagued by often deadly fires and explosions from mis-declared dangerous cargoes. The most recent high-profile cargo fire involved the X-Press Pearl off Sri Lanka which sank on 2 June two weeks after a fire started from a container with a leaking cargo of nitric acid.

A CNN correspondent staying at the Intercontinental Hotel in Dubai the explosion as reverberating her room and as being “really intense”.

Despite the severity of the explosion he Dubai Media office quoted Jebel Ali Port Authorities as saying: “We are taking all necessary measures to ensure the normal movement of ships in the port continues without any disruption.”