Biden Heads Off Rail Strike With 60-Day Cooling Off Period 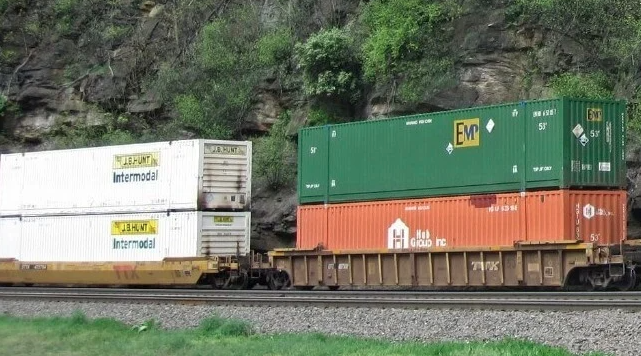 To head off the supply-chain impact of a railway strike, U.S. President Joe Biden has established a presidential emergency board to help resolve a labor dispute between Class I rail carriers and their unionized workforce. The decision averts a possible large-scale labor action, which could have started as early as Monday.

America’s rail network is already feeling the strain from a year’s worth of recordbreaking imports, and rail backlogs are a leading contributor to congestion at key U.S. seaports. According to CNBC, about 60 percent of the long-dwell containers at Port of LA are waiting for a train, and the average wait for intermodal rail at LA/Long Beach is over eight days.

With the standup of an emergency board, Biden hopes to avoid the additional impact of a rail strike. The board will spend 30 days investigating the dispute and then deliver a report with recommendations on how it should be resolved. Under the Railway Labor Act, the executive order triggers a “cooling off” period intended to keep the parties working toward a negotiated settlement. This means that neither side can make a decision to stop work for the next 60 days (except by mutual agreement).

Labor arbitrators Ira Jaffe, Barbara C. Deinhardt and David Twomey will staff the board. All have experience with rail labor disputes.

The current round of nationwide bargaining covers all U.S. Class I railroads and 12 labor unions representing about 115,000 people. The  railway employers are represented by National Carriers’ Conference Committee (NCCC), and its messaging has focused on wages: it is offering “reasonable terms that provide employees with prompt and well-deserved pay increases.”

The United Rail Unions – the representative body for 12 railway workers’ unions across the U.S. – has emphasized staffing levels and working conditions in addition to pay. In recent years, most Class I rail carriers have altered their operating model and cut staffing by a third, improving profitability but putting additional pressure on the remaining employees, according to the Brotherhood of Locomotive Engineers and Trainmen (BLET).

“[Railroaders] want jobs that give them the ability to have a life outside of work,” said BLET National President Dennis R. Pierce.