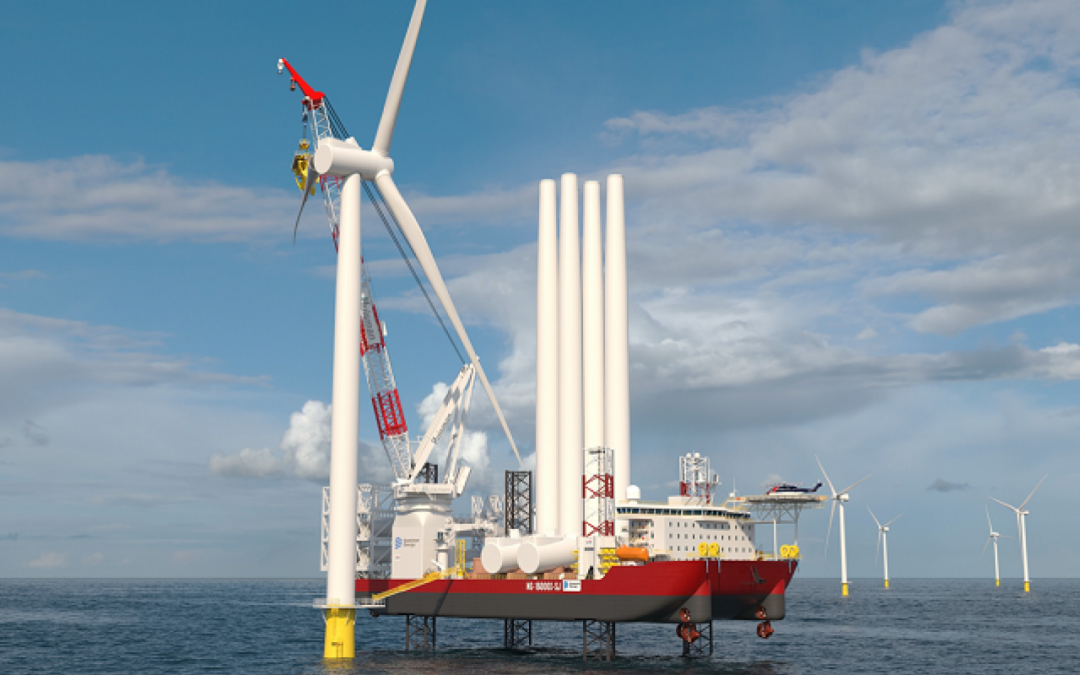 The Biden administration continues making its renewable energy moves and has set a goal of deploy 30 gW of power generation capacity in US waters by 2030.

While the pundits can argue about whether Biden is creating a “Green New Deal”, or something slightly different, the impacts are all very positive for offshore wind energy’s future.

Previously the Department of the Interior (DOI) committed to approving construction plans for 19 gW by 2025, indicating an attempt to speed up what had been a very cumbersome project review cadence during the Trump years.

Environmental reviews, a critical part of offshore wind projects, are also in a faster lane;  the DOI intends to review Ocean Wind, a big project (1.1 gW) offshore the New Jersey Coast; Vineyard Wind  (800 mW)     and South Fork Wind (130 mW)  are already in this crucial part of the review pipeline.

In support of its ambitions, the Bureau of Ocean Energy Management (BOEM), part of the DOI, announced a “priority Wind Energy Area” in the New York Bight—an area of shallow waters between Long Island and the New Jersey coast. The Bight is closely aligned with the Ambrose Channel, familiar to mariners inbound to the Port of New York and New Jersey.

In line with this plan, the BOEM is on a path for a lease sale in late 2021/ early 2022, after first publishing a Proposed Sale Notice, which precedes a formal public comment period. Inchoate projects in the New York Bight include Empire Wind, a potentially 2 gW wind farm – split over multiple lease areas-  being developed by Equinor and partner BP, resulting from leases awarded in 2017.

Development in the priority area would be supported by finance incentives announced in conjunction with the Administration’s green plans. The Administration announced that it would be providing offshore wind projects with further access to the Loan Program Office (LPO) within the US Department of Energy (DOE), which would open up debt guarantees of as much as $3bn.

The LPO’s “Title XVII Innovative Energy Loan Guarantee Program” is already supporting offshore wind projects under development through guarantees on project debt. Additionally, the Maritime Administration (MARAD), part of the US Department of Transportation (DOT) announced Notice of Funding Opportunity for port authorities and other applicants to apply for $230m for port and intermodal infrastructure-related projects through its Port Infrastructure Development Program.

The White House announcement included multiple mentions of new factories, for manufacturing turbine components, to be set up in the States. Specific maritime industry impacts were mentioned in the White House communication, where they emphasized the positive impact of Jones Act vessel construction on the domestic steel producers.

The late March release said, in part: “The industry will also spawn new supply chains that stretch into America’s heartland, as illustrated by the 10,000 tons of domestic steel that workers in Alabama and West Virginia are supplying to a Texas shipyard where Dominion Energy is building the Nation’s first Jones Act compliant wind turbine installation vessel.”

The WTIV, named Charybdis, is being built at the Keppel Amfels yard, in Brownsville, Texas for 2023 delivery. It will be based in Hampton Roads, and deployed in what could be a 2.4 gW project in waters offshore Virginia, in the mid Atlantic region.