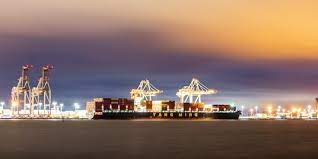 The Baltic Exchange’s main sea freight index rose on Friday and recorded its best week in about four months as panamax rates marked their biggest weekly gain in more than eight years.

The overall index, which factors in rates for capesize, panamax, and supramax shipping vessels, was up 35 points, or about 3%, at 1,213. The index recorded a weekly gain of about 11.7%, its highest since mid-May.

The capesize index snapped its three-day falling streak, gaining 20 points, or about 3%, to 672. It posted a weekly loss of 8.3% and has declined for seven out of the last eight weeks.

Average daily earnings for capesizes, which typically transport 150,000-tonne cargoes such as coal and steel-making ingredient iron-ore used in construction, rose $167 to $5,574.

Analysts have attributed the gains mostly to higher grain shipments, especially from Brazil, of late.

Meanwhile, India restricted rice exports after shipments jumped sharply in the past few months and amid concerns over the new season crop because of below-average rainfall in four key producing states, a top government official said.

The supramax index, which has not seen a single session of gains in over two weeks, lost 2 points to 1,475.