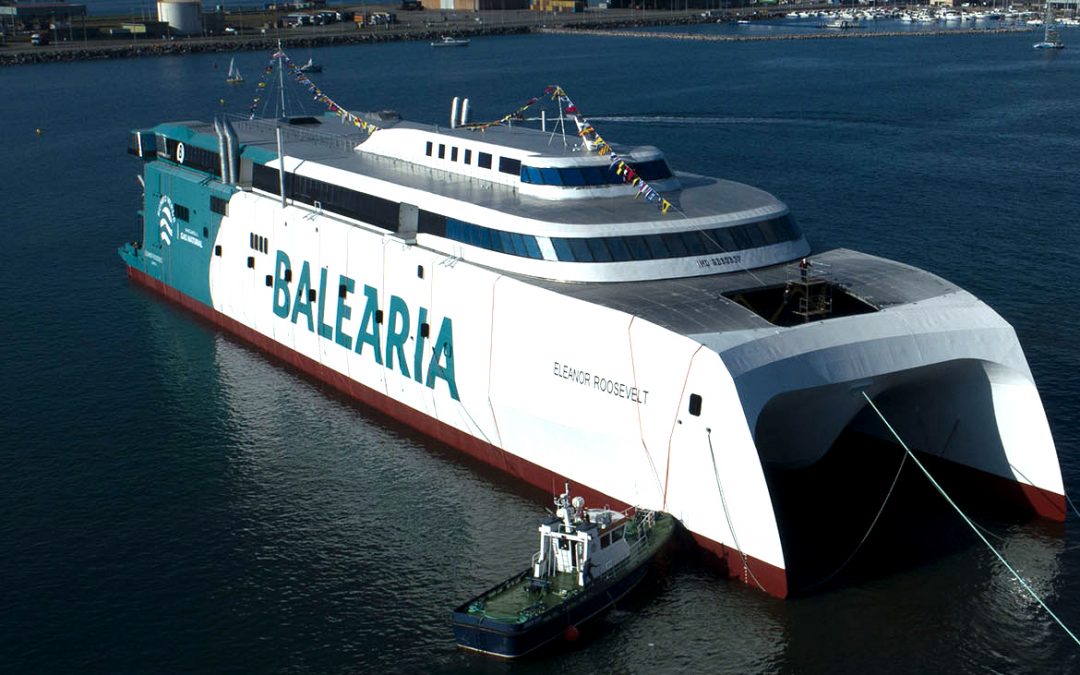 The construction of the vessel, being completed at the Armon shipyard in Gijón has entered the final phase. One of the purposes of the sea trials is to calibrate the propulsion and navigation equipment, among others, Baleària noted in its statement on Wednesday.

The ferry is equipped with engines capable of running on LNG and diesel. It is expected that in the coming days the vessel completes runs on liquefied natural gas.

Once completed, the shipyard is expected to deliver the vessel at the end of March.

Baleària further claims the Eleanor Roosevelt will be the world’s longest fast ferry. It boasts a length of 123 meters and a 28-meter width. It has the capacity for 1,200 passengers and 500 meters of lines for trucks and 250 cars.

Once incorporated, the Eleanor Roosevelt will become the seventh ship in the fleet to sail powered by natural gas. Baleària further noted it is the world’s first fast-ferry powered by LNG.

The operator has put a €90 million ($106.2 million) price tag on the vessel’s construction.