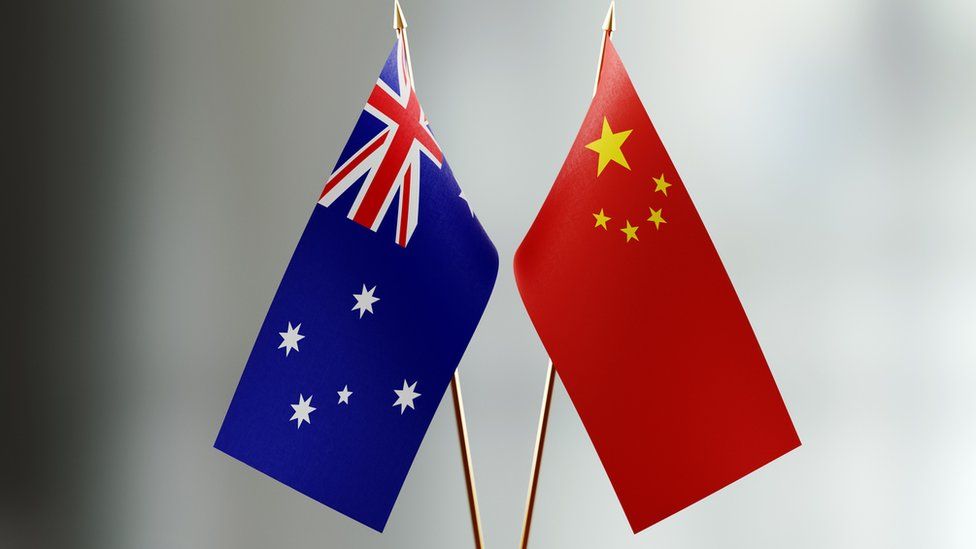 Australia on Wednesday cancelled two deals struck by its state of Victoria with China on Beijing’s flagship Belt and Road Initiative, prompting the Chinese embassy in Canberra to warn that already tense bilateral ties were bound to worsen.

Under a new process in Australia, Foreign Minister Marise Payne has the power to review deals reached with other nations by the country’s states and universities.

Payne said she had decided to cancel four deals, including two that Victoria agreed with China, in 2018 and 2019, on cooperation with the Belt and Road Initiative, Chinese President Xi Jinping’s signature trade and infrastructure scheme.

“I consider these four arrangements to be inconsistent with Australia’s foreign policy or adverse to our foreign relations,” she said in a statement.

China’s embassy in Australia voiced its “strong displeasure and resolute opposition” to the cancellations late on Wednesday.

“This is another unreasonable and provocative move taken by the Australian side against China,” the embassy said in a statement. “It further shows that the Australian government has no sincerity in improving China-Australia relations.”

Bilateral ties were strained in 2018 when Australia became the first country to publicly ban Chinese tech giant Huawei from its 5G network. Relations worsened last year when Canberra called for an independent probe into the origins of the coronavirus outbreak.

Australia’s latest move “is bound to bring further damage to bilateral relations, and will only end up hurting itself,” the Chinese embassy said.

Australia’s federal parliament granted the veto power over foreign deals by states in December amid the deepening diplomatic spat with China, which has imposed a series of trade sanctions on Australian exports ranging from wine to coal.

Liberal Prime Minister Scott Morrison and his predecessor Malcolm Turnbull had declined to agree to a country-level MOU with China on the Belt and Road Initiative.

But Victoria’s Labor state premier Dan Andrews signed agreements with China’s National Development and Reform Commission to promote the initiative in 2018 and 2019.

Some countries fear the lending the Belt and Road scheme entails could lead to unsustainable debt levels in developing nations, including the Pacific islands region.

Morrison’s government has denied that its new veto power is aimed at China, Australia’s largest trading partner and biggest source of overseas universities students before the pandemic led the country to close its borders.