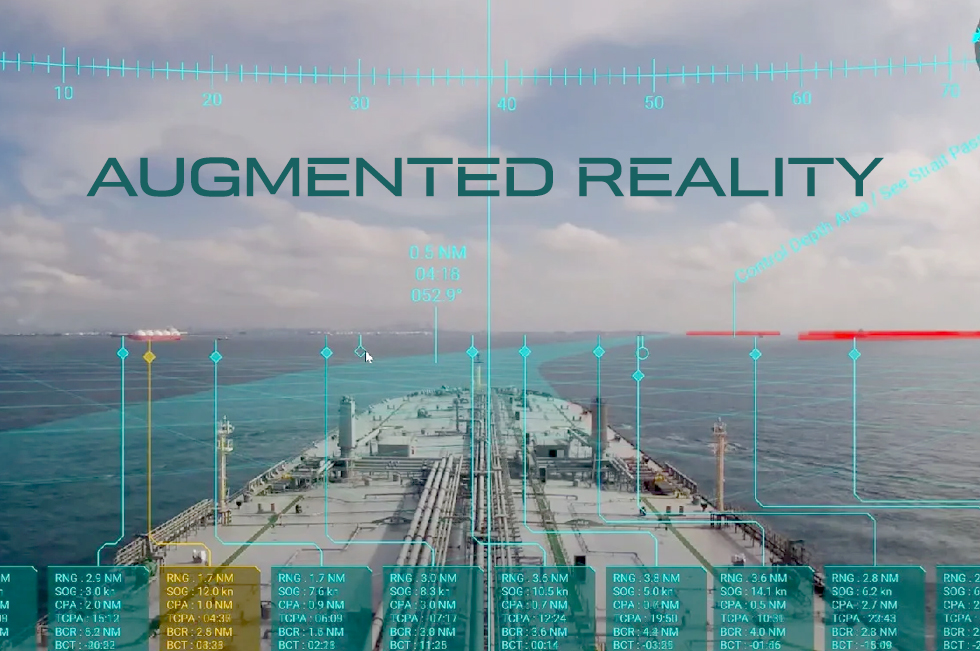 There is no denying that one of the oldest industries in the world has taken a huge technological turn and is now reaching the peaks of newly invented technologies. Moving on, we bring to you the enhanced version of the real physical world “Augmented Reality”. Everyone must be aware of the term Augmented Reality and might also have a question about how does it works and can be used in the shipping industry?

Augmented Reality is an interactive experience of a real-world environment where the objects that reside in the real world are enhanced by computer-generated perceptual information, sometimes across multiple sensory modalities, including visual, auditory, haptic, somatosensory, and olfactory. It can optimize various things at once. It brings you to a reality you have never witnessed before. All of us would wonder what it might feel like to be on a ship. Augmented Reality serves you the exact feeling. It helps in various categories such as Cargo Planning, Aid Maintenance, and Navigation. It also helps in connecting global teams and creating awareness about the industry which is not easily accessible to the people who are not connected.

AR connects you with the industry virtually. For example, very rarely does a person not in the industry get to visit a container ship or for that matter the port. AR can make it possible to provide outsiders with a view of the industry.

It provides information to the people who are not connected to the shipping industry and educates them on how the ports work. For the non-shippers, it may sound like another virtual reality game, but undoubtedly who would not want a virtual view of the beautiful shipping world.

How can Shipping Companies use AR?

There has been a huge talk about how Shipping Companies can introduce Augmented Reality into daily practice. Well, there are many ways where AR can be amplified into daily shipping. AR will help accelerate and simplify the process of the industry. It will also provide tools to execute the task faster and intelligently. A major change brought by Augmented Reality is that it helps switch from pen and paper to a computer.

Augmented Reality makes it possible to merge the real and digital world. Using AR devices such as screens and monitors could also become obsolete, with employees able to access cloud-based data wherever they are working. Additionally, it will render a lot of hardware redundant. Just as the smartphone included the functionality of a lot of gadgets, such as a camera, telephone, calendar, or calculator, AR devices go one step further.

Future of Augmented Reality in the shipping industry.

It is believed that the initial team to earn the benefits of Augmented Reality will be the Management team. Augmented Reality displays many possibilities and also offers to display all kinds of operational and productivity data, such as the movement of fleets.

Engineers will also benefit from being able to highlight certain engine areas for maintenance purposes. AR will allow them to see an entire ship in 3D and examine specific parts of the vessel without even being on board.

The more the technology advances, the more areas of application will be found. There are likely to be a few concerns at first, especially around how complicated the technology is to use, and whether staff will require extensive training to use it. We believe these can be easily overcome.

As the younger generations tend to be more digital-savvy, they are unlikely to have any difficulties getting started. Other users might need an introduction to get used to the headset.