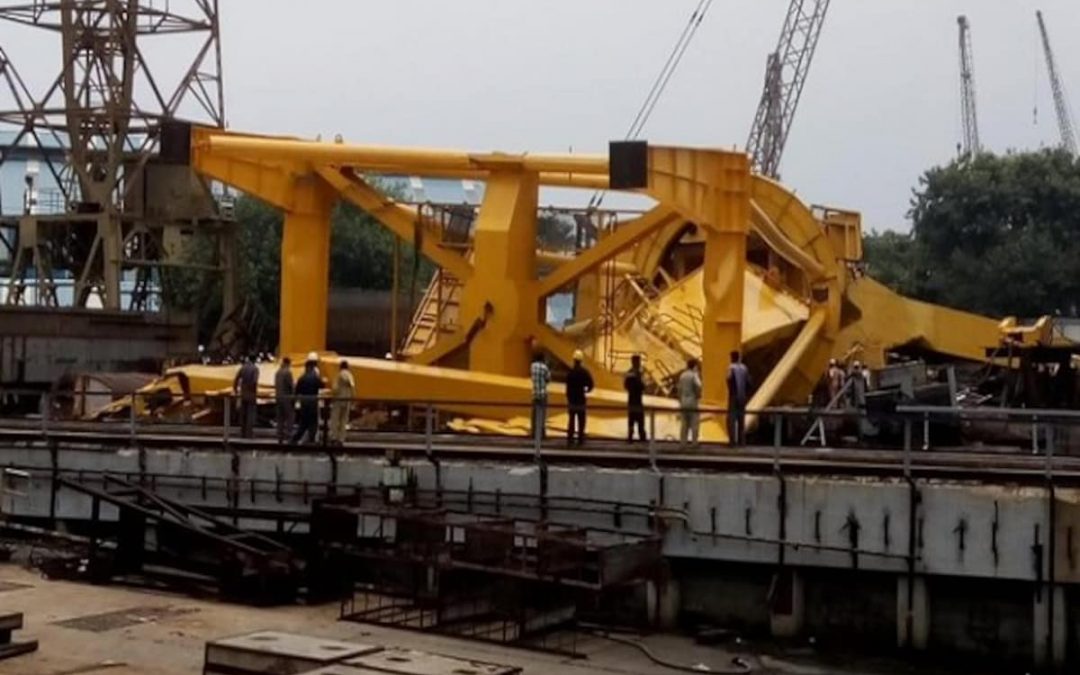 At least 10 people have been killed in a crane accident at the Hindustan Shipyard Limited (HSL) in Visakhapatnam, India.

A massive crane used for carrying shipbuilding equipment crumpled and crashed during an ongoing inspection.

The accident resulted in a loud sound as the crane crashed to the ground.

The crane was bought by HSL almost a decade ago and its operation was recently outsourced to a private agency. The crane collapsed during load-testing trials, officials said.

According to local reports, around 20 workers were working when the accident took place. While some managed to run for safety, at least 10 were crushed under the weight of the crane while some were injured. The injured have been shifted to the local hospitals.

Rescue operations are underway to retrieve the bodies from under the debris of the crane.

Hindustan Shipyard Limited, in Andhra Pradesh, India is a government undertaking, involved in shipbuilding, ship repairs, submarine construction and refits as well as design and construction of offshore and onshore structures.