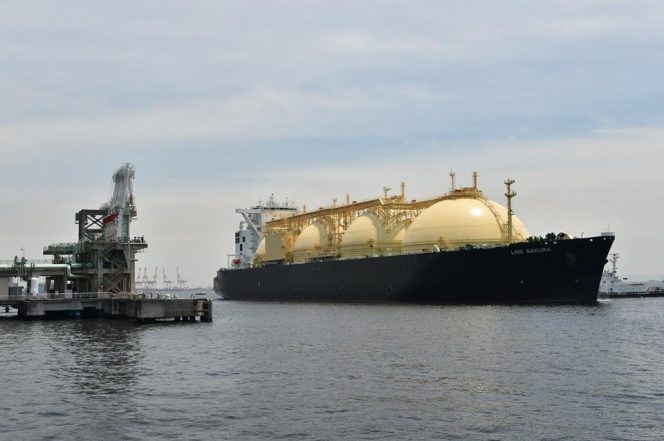 Asia Pacific’s spot freight premium for LNG carriers with two stroke engines rose Sept. 16 to its highest level for the year as many ships have been taken for floating storage, shrinking supply ahead of winter buying, with charterers scrambling to cover their requirements, market participants said.

“The premium that bigger-size ships command is on the rise because there is hardly any two stroke LNG carrier available for spot loading across Asia,” a broker in Singapore said.
The premium for LNG carriers with dual fuel engines, or XDF, over their smaller counterparts with Tri-fuel diesel electric, or TFDE engines, which was just around $25,000/d in June this year, has more than trebled, according to several market participants tracking chartering deals.

A host of factors including the contango market structure, difficulties involved in financing Russian cargoes and the shutdown of the Nord Stream 2 pipeline have combined to push freight higher, the broker said.

The current market structure for LNG is such that traders stand to gain if they store now and sell in November, but onshore tanks are full and they are compelled to store the LNG on ships, a chartering executive with a global LNG trading company said.

Sources said two stroke LNG ships, which carry more than 170,000 cu m of LNG, are best suited to undertake this kind of storage. Apart from their relatively bigger sizes, they also have reliquification facilities on board and the boil-off in such ships is miniscule. The daily LNG boil-off in older traditional ships can be as high as 0.25% compared with 0.03% in ships with XDF engines.

According to shipping industry estimates, of more than 700 conventional LNG carriers currently under operation globally, just over 100 can carry 173,000 cu m or bigger gas cargoes.

During transportation of LNG, reliquification can reduce speeds by as much as 37% but when used as floating storage, it does not matter at all, the chartering executive said.

He said bigger-sized ships with two stroke engines can instead use very low sulfur fuel oil when floating storage to cut costs amid lofty prices for LNG because they are stationery.

While the exact number of ships being used as floating storage is not available, market participants involved in such deals said the number was at its highest so far this year and even more floating storage was on the cards.

This, in turn, may push up the premium that bigger LNG carriers command over traditionally smaller ones, they said, adding that supply for loading in both Asia and the Atlantic will tighten further in the near term.

The position list for LNG carriers across the Asia-Pacific region was small and even those that were available were mostly in the warm category. Since LNG compresses to a small fraction of its original volume during liquefaction and is highly inflammable, the ship’s tanks need to be cooled by spraying LNG before loading the cargo.

Many ships opted to keep warm during summer amid high LNG prices, the uncertainty of getting cargoes and on hopes of a near-term price correction, but with LNG prices rising further, they now face the prospect of having to pay even more to cool tanks so as to be ready to load cargoes again.

Charterers have no choice but to accept the owners’ offer of either warm or cold LNG carriers. Recently, Japan’s Ichthys issued a tender for a Sept. 27-31 requirement through Nov. 9 for a 130,000-180,000-cu m ship, ex Darwin.

Others were trying to lock in ships for a longer period of almost 10 years.

India’s GAIL has been struggling to get a ship for seven years to charter with an option to extend by another two years as rates were above expectations, sources said.