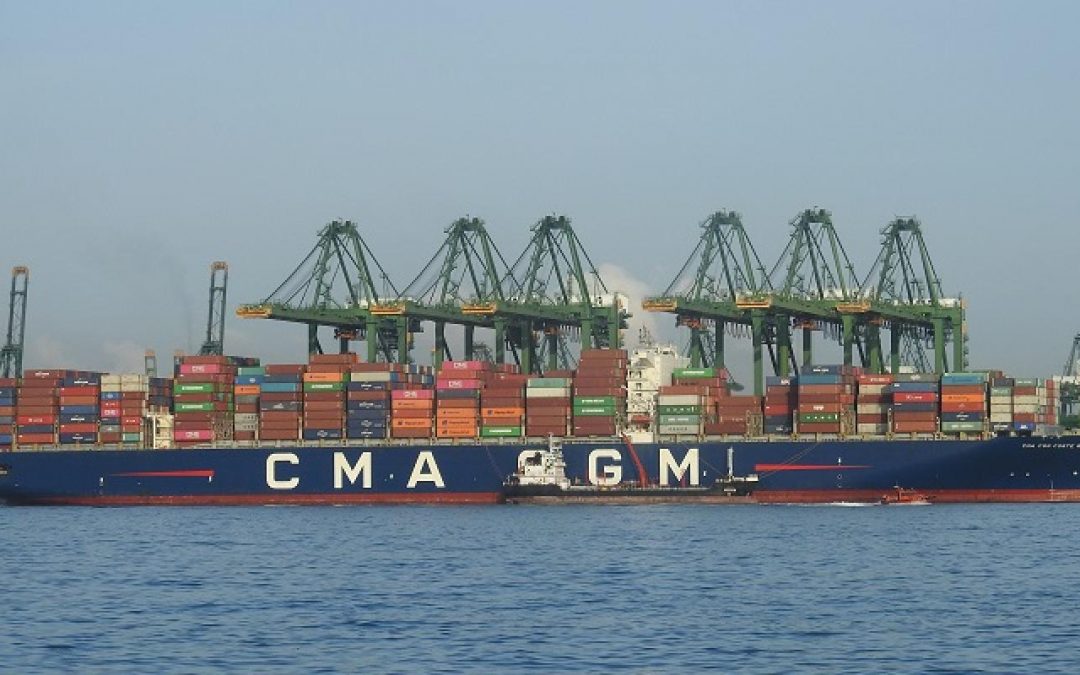 Economies of the European Union and the UK, weakened by the year-long Covid-19 pandemic are struggling to recover this year, and slowing demand is being reflected in container freight rates that have been sliding gradually since mid-January.

Container shipping spot freight rates on the Asia-North Europe trade, which were at an all-time high at the beginning of the year, declined 2.7% last week – a further sign that the recent exponential growth has levelled off.

The fall in the spot rate came as evidence mounted that the sky-high freight rates between Asia and North Europe were making the transport of many lower-value cargo items effectively loss-making, with shippers wondering whether to pull the plug on transcontinental supply chains.

The actual rate that shippers and forwarders are paying carriers stands at around double the SCFI (Shanghai Containerised Freight Index) figure, due to the plethora of surcharges and space and equipment guarantee fees.

The SCFI Shanghai-North Europe leg was $4,276 per teu at end-January, down by $117 per teu from the previous week, as carriers began to release more equipment to customers in China. The freight rate decline was mainly driven by prepaid contracts, and the fact that carriers were accepting more bookings “in order to create a roll pool ahead of Chinese New Year”.

In the UK, importers have been facing soaring freight costs amid a global shipping crisis that could last several more months, and exacerbate the recessionary conditions. A shortage of empty shipping containers in Asia and bottlenecks at the UK’s deep sea ports are behind the problems, which are common to most of the European Union countries.

It was hoped the backlogs could be cleared during the Chinese New Year holidays in February, but instead a Coronavirus outbreak in China has added to the uncertainty facing firms.

The big questions are: What happens now at the end of the Chinese New Year holidays, when ocean freight rates traditionally begin to come down? Will the recent drop in the exorbitant rates continue, or will the indices resume their inexorable climb?

The Chinese New Year, on 12 February this year, was very different than in earlier years as carriers did not implement their usual blank sailings programs in the weeks following the Chinese festival.

It has been estimated that the world needs the equivalent of 500,000 more teu – roughly enough to fill 25 of the largest ships in operation – to satisfy the current demand. In the meantime, standard container rates on transpacific routes are quadruple what they were a year ago. And that is before equipment surcharges and premiums for guaranteed loading are added.

In Shanghai and Ningbo, trucking capacity was reported to be very short and, with the 14 days’ quarantine rule, it has been even more challenging for shippers as employees travelled home to their families for the Lunar New Year.

Some European shippers are rejecting the higher costs it would take to load their Asia imports, spurring some factories to lengthen their Chinese New Year holidays while containers stack up at ports.

“About 30% of the backlog that has built up at the ports will be carried over to after Chinese New Year,” Jon Monroe, a consultant to non-vessel-operating common carriers (NVOs), wrote in a market update this week. All carriers in all ports are short of equipment. In some ports like Haiphong in Vietnam and Fuzhou in China, there is absolutely no equipment available.”