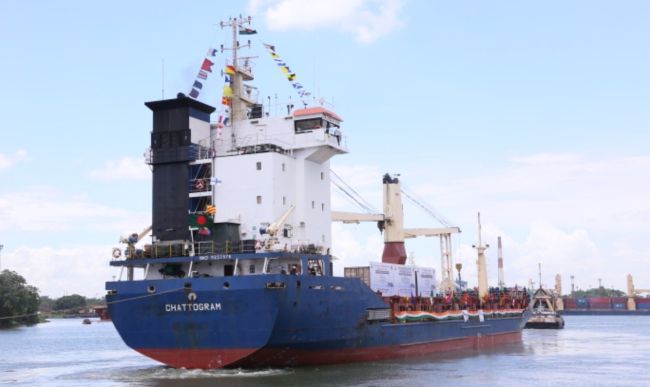 For years now, India’s north-eastern part has been subjected to much neglect, partially because of the sheer distance of these areas from the hitherto mainland India. Any shipment to the north-east passes through Kolkata, thereby making the process a not-so-economical one.

The north-eastern part of India is connected to the mainland via a 22-km wide Siliguri corridor, termed as the ‘chicken’s neck’.

With India and Bangladesh’s maritime ties getting boosted, India is now transporting goods to the north-east via Bangladesh’s Chattogram (Chittagong) Port.

“This has the potential of cutting down the logistic cost and providing better transit service. We are very thankful to the government of Bangladesh and the Chattogram Port authorities for allowing the Indian cargo to pass through their territory,” said Vineet Kumar, Chairman of Kolkata port.

Highlighting international cooperation between the two South Asian neighbours, he also added, “It is a good relationship between the two countries. They are allowing both the ports (Chattogram and Mongla Port) for the discharge of Indian transit cargo and taking it to north-eastern states.”

With India taking large strides in the development of inland waterways, this step is being seen as a giant leap towards the same.