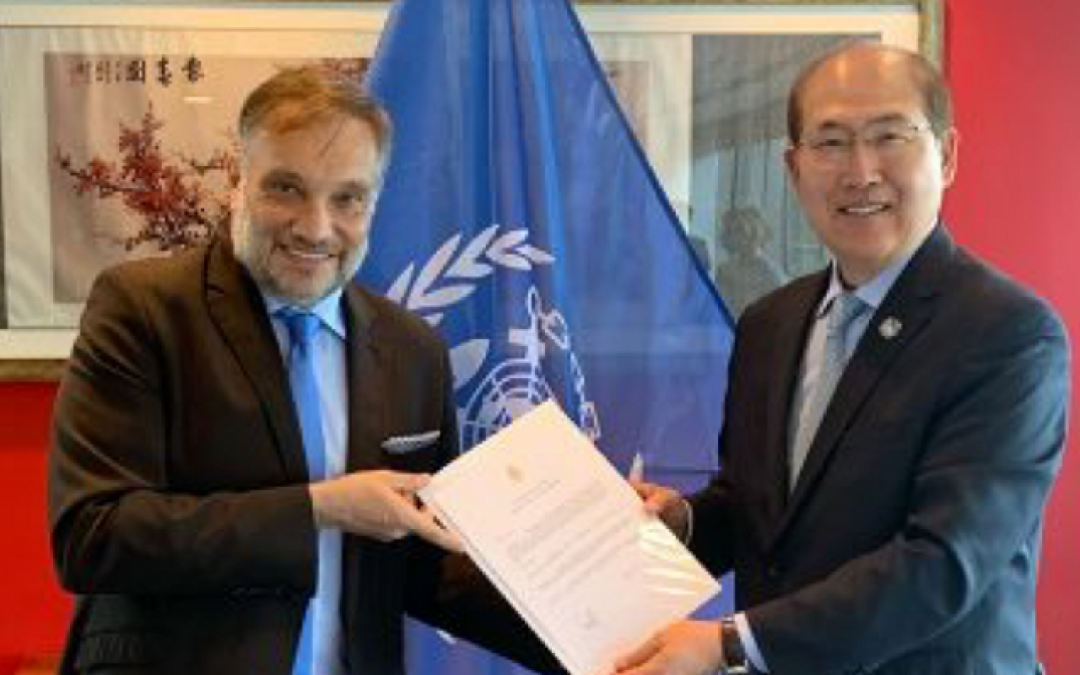 Argentina has become the 100th Contracting State to the mandatory rules governing air pollution from shipping.

Annex VI of the International Convention for the Prevention of Pollution from Ships, 1973 (Marpol Convention) addresses air pollution from ships and includes energy efficiency requirements aimed at reducing greenhouse gas emissions from shipping.

With Argentina’s accession, the regulation now applies to 96.65% of the world’s merchant shipping tonnage.

“The Annex VI rules limit air pollutants from shipping and improve energy efficiency, helping to combat climate change by reducing CO2 emissions from the sector. I am pleased that we now have 100 Contracting States and I encourage others who have not yet done so to join this important treaty,” said IMO Secretary-General Kitack Lim.

“We all need to do our bit to ensure the health of people and the planet and to tackle climate change. MARPOL Annex VI provides the mandatory regulatory framework to limit and reduce emissions from shipping,” he added.

Lim noted that while most ships by tonnage are already covered, all States, including coastal States, could benefit from becoming a party, as they can then exercise port State control over ships flying any flag.