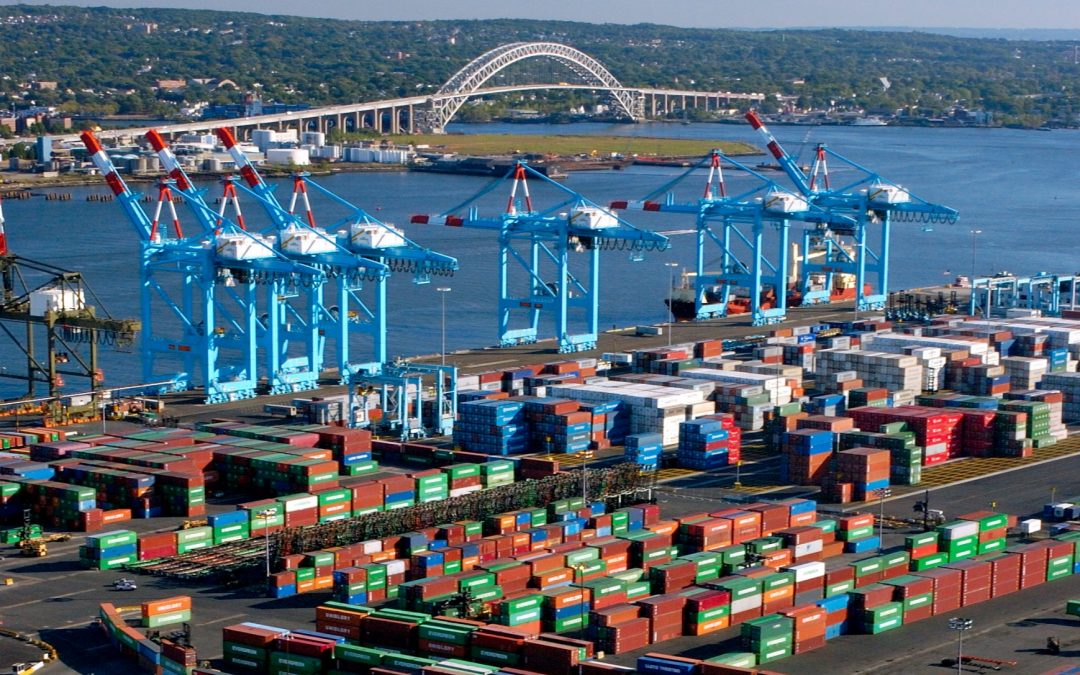 APM Terminals Elizabeth is looking to use its first port of call momentum to expand intermodal cargo volumes to and from the Midwest and Canada.

Jon Poelma, Managing Director of APM Terminals Elizabeth said “Our rail service has been very stable and consistent – thanks to our Longshore Labor partners doing a fantastic job with productivity and availability. Rail carriers are benefitting from the strong import and export market as they see their intermodal cargo volumes continue to grow. Locomotive and railcar availability throughout the pandemic has been steady and reliable.”

“Being the first port of call for the majority of U.S. East Coast-bound ocean carriers is a huge benefit and value for customers and partners of the Port of New York and New Jersey because we have the ability to move a container off a vessel to major inland markets before the vessel even leaves our port,” said Sam Ruda, director of the Port of New York and New Jersey. “The coordination between our marine terminal operators, Class 1 railroad partners and Conrail has kept our ExpressRail system fluid and efficient during the record-breaking cargo surge facing ports nationwide, giving us the ability to flex cargo capacity whenever the need arises. Our close collaboration with port stakeholders such as APM Terminals and the waterfront workforce has been key to the success of the port during a historic moment at the port made only more challenging by the overlay of the global COVID-19 pandemic.”

APM Terminals Elizabeth’s Director of Rail, Cecily Holmes added ‘We are keeping pace with the customer demand we’re seeing in our imports and exports coming through the terminal. Our rail providers are performing well and our operational goal of integrated supply chains is on the mark.”

APM Terminals Elizabeth recently completed a $200 million infrastructure investment that made the terminal better and safer for ships, truckers and rail operations. New infrastructure, including new ship-to-shore cranes, modernized IT systems and new truck gates were added. To achieve safer operations, the terminal rolled out artificial intelligence to trigger a notification to the Terminal Safety team to respond to the trucker location when a trucker steps out of the truck. (The terminal handles over 5000 truck gate activities daily). APM Terminals Elizabeth has also rolled out an appointment visibility app as well as a mandatory driver induction app to ensure driver safety awareness policies on the terminal for truckers. Truck turn times are averaging 52 mins for all moves and detention times for import containers are down 75% as customers take delivery of import cargo faster. This performance prompted The Bi-State Motor Carriers Association to award the terminal – terminal of the year 2021.