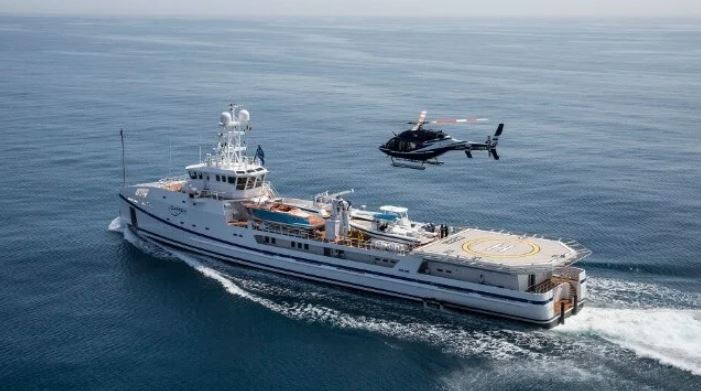 The government of Antigua has confirmed that two yachts in its waters are linked to Russian oligarch Roman Abramovich, who is under UK sanctions in connection with the Russian invasion of Ukraine. They are the third and fourth yachts to be publicly connected to Abramovich, the second-richest man in Russia.

Abramovich made his fortune in the privatization rush after the end of the Soviet Union. He is the owner of Millhouse Capital, an investment firm with assets in Russian heavy industry, including stakes in Norilsk Nickel and steelmaker Evraz. In the West, he is best known as the owner of the FC Chelsea football club, which he attempted to sell for about $5 billion shortly before sanctions were imposed. Over the course of the past month, he has reportedly been engaged in mediating peace talks between Ukraine and Russia.

His vessels in Antigua are the superyacht Halo and the support vessel Garcon, and they are valued at approximately $40 million and $20 million respectively, according to the FT. Garcon is a support vessel, designed to carry equipment and spares for a larger megayacht. The paper obtained confirmation that the government of Antigua and Barbuda has been in contact with British authorities about the status of the vessels, and discussions of the possibility of an asset seizure are ongoing.

Abramovich owns at least two other yachts, both far larger. The $700 million Eclipse is among the biggest yachts in the world, and at 550 feet in length and with 24 cabins, she is closer to an expedition cruise ship. She operates with a crew of 70, and she is reportedly fitted with a missile-defense system.

The $600 million Solaris is slightly smaller but more modern in its design. Both Solaris and Eclipse are currently moored in Turkey, where the authorities have so far opted not to enforce Western sanctions on Russia.

However, the pier where Solaris is berthed happens to belong to Global Ports Holding, a firm headquartered in London and potentially exposed to UK sanctions. “If we were advising [Global Ports Holding], we’d say, ‘Stop, you need to make a number of checks,’” said Michael Biltoo, partner at British law firm Kennedys, speaking to the FT.