Ancient to Modern – Transformation of the Ships 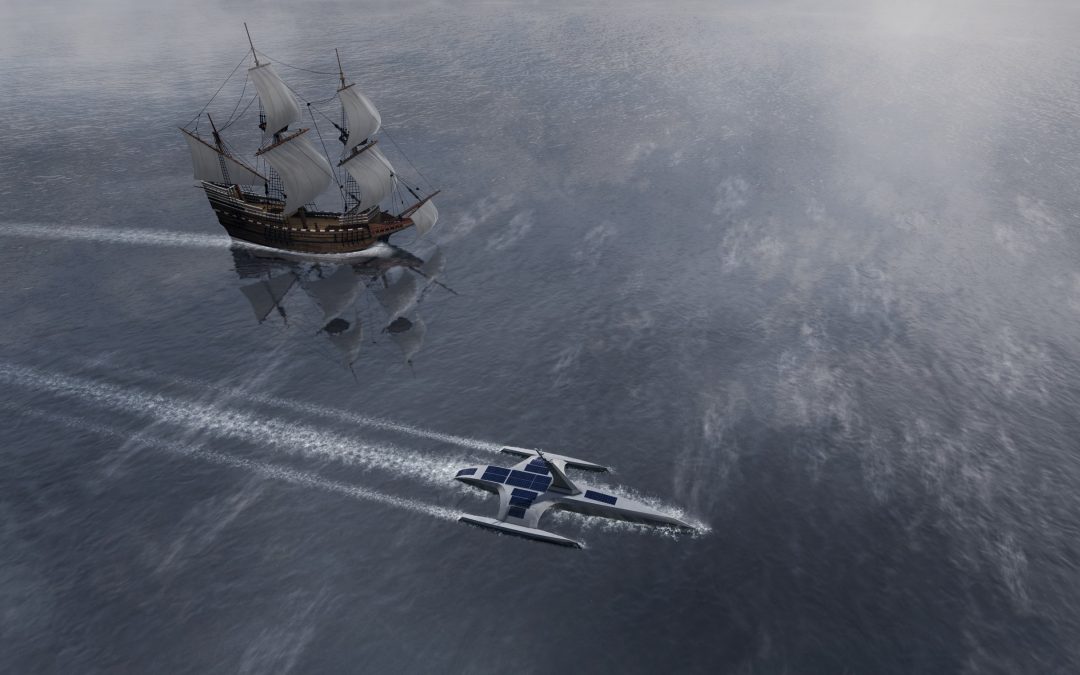 Shipping, being an important element of transportation in today’s world, has existed since the 4th Century BC. From the diligent Craftsmanship of Ancient Mariners to the Modern Metal Age, the shipping world has transformed itself in accordance with technological advancement and globalization.

Today’s era is known as the smart era of shipping, as it  has been blended well with digitalization and AI. Let’s look at the generations of shipping that have produced significant results for the economy and supply chain.

Backpedaling to the prehistoric time, anything that floats was  lashed together to form a raft and serve as a boat. Probably the oldest known boat discovered is “Pesse Canoe” believed to be constructed around 8040 BCE and 7510 BCE  is 3-meter-long. Also, experts believe that it was made by digging out the inside of a pine log with flint and stone tools.

The archeological evidence states that the ship designing process came from Ancient Egypt, where the Egyptians assembled planks of woods with treenails to fasten them together, using pitch for caulking the seams. they modified it further to a single mast or sometimes consisting two poles lashed together at the top, making an “A” shape. The discovery of “Khufu Ship ” around 2500 BC, sealed into a pit in the Giza Pyramid, is also known as solar barge. It was included inside the pharaoh Khufu’s burial chamber to allow him to sail across the heavens with the sun god Ra. While the oldest known tidal dock in the world was built during the Harappan civilization at Lothal (presently known as Mangrol Harbour, Gujarat, India) around 2500 BC.

During the 1st Millennium, in the ancient Chinese Zhou Dynasty, the Chinese built large rectangular barges known as “Castle Ships”. Malay people also independently invented junk sails, made from woven mats reinforced with bamboo, at least 100 years ago. Southern Chinese junk showed characteristics of Austronesian Jong having V-shaped, double-ended hulls with a keel and tropical originated timbers. Austronesian invention of catamarans, outriggers, and crab claw sails enabled their ships to sail for vast distances in the ocean. Archeological evidence also found at Portus near Rome have revealed inscriptions indicating the existence of a ‘guild of shipbuilders’ during the time of Hadrian. A man-powered sailing vessel was used by the Phoenicians (people from the ancient civilization of Canaan – now Lebanon and Syria) to travel, trade and guard its territory.

In 1000 AD, the Viking longboats made considerable advance on the traditional clinker-built hulls of plank boards tied together with leather thongs, these boats were long and narrow and were able to travel in the open sea. Somewhere around the 12th Century, Northern European ships began to be built with a straight sternpost, enabling the mounting of a rudder. Portuguese built a small, fast and easier to maneuver kind of ship called “Caravel ” to explore Africa. A ship buried with a chieftain was found at Sutton Hoo, England are the remains of Anglo- Saxon Funerary ship. It provided an insight of shipbuilding in the medieval period. The ship was 27 mtrs long (86ft), the collection of around 263 objects were discovered including gold, silver, weapons, artifacts and a helmet.

In the mid-19th century, fast ships called ‘clipper ships” were built having small hulls and tall masts while by the end of it, the introduction of steam engines proved to be a breakthrough in ship design and fast sailing ships were constructed having slim hulls and tall masts. Later, adoption of iron in ship construction, provided a stronger joint in a wooden hull.

With the technological development, by the 20th century, coal burning sailings were replaced by diesel power using oil instead of steam. After the 2nd world war, several countries started rebuilding ships according to the global structure. In 1980, Hydrofoil were used as ferries or water taxis, riding on wings that lift the boat clear of the water so that it rides on skis as it gains speed.

While witnessing the future of the shipping industry, the introduction to Artificial Intelligence has given birth to Autonomous Ships, a unmanned vessel that can monitor its own health, establish and communicate with surroundings and make decisions based on the information. Several big players in the market have started sea trials for autonomous ships. Since autonomous is the new future of the shipping industry, many trials and errors remain to be done.

Stay tuned to know more about the Autonomous Era of Shipping…….