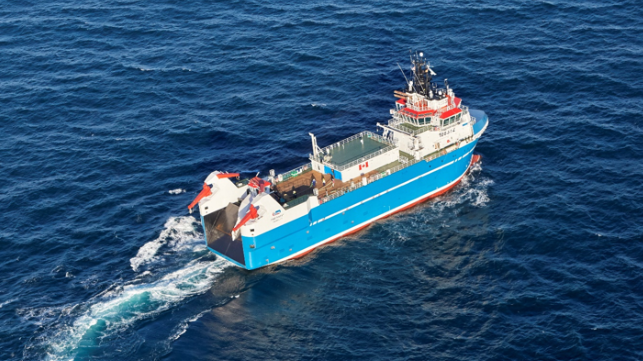 In a stunning move, the Mi’kmaq First Nations Coalition has partnered with a B.C.-based distributor to buy Clearwater Seafoods, the largest producer of shellfish in North America. Clearwater also happens to be one of the largest buyers of lobster in Nova Scotia, where one Mi’kmaq first nation has encountered fierce (and sometimes violent) local resistance to its treaty-rights lobster fishery.

“This is a transformational opportunity for the Mi’kmaq to become significant participants in the commercial fishery through the investment in existing infrastructure, management expertise, and a global market presence.” said Chief Terry Paul of the Membertou First Nation. “Mi’kmaq not only become 50 percent owners of the company but expect to hold Clearwater’s Canadian fishing licences within a fully Mi’kmaq owned partnership.”

The Mi’kmaq are splitting ownership in Clearwater on a 50/50 basis with Premium Brands, a diversified food manufacturing and distribution company. The deal is valued at about $750 million.

The coalition is spearheaded by the Membertou and Miawpukek, but it also includes the Sipekne’katik, the first nation that has made headlines with the launch of a treaty-enabled lobster fishery during the commercial off season. This “moderate livelihood” inshore fishery is small, and fisheries scientists say that it poses no threat to the health of the lobster population, but it has drawn intense protests from non-indigenous commercial fishermen. In addition to voicing their objections, some of the opponents have resorted to force, cutting loose or pulling up traps, shooting flares at Sipekne’katik boats and burning a lobster pound.

Several additional Mi’kmaq first nations, including the Membertou, are also looking at setting up indigenous inshore lobster fisheries. However, the Mi’kmaq coalition says that the purchase of Clearwater is a separate matter – simply an opportunity for first nations to move out into the lucrative shellfish fisheries further offshore.

“You have to play to win and we won,” Chief Paul told CBC. “We’re a player now. In order to be in business, you first have to play the game.”