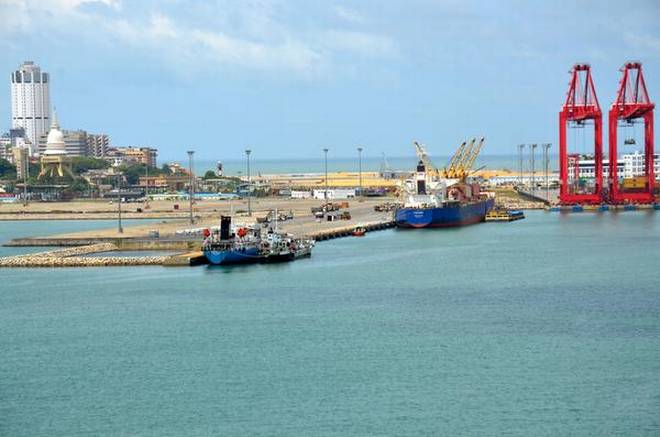 Although the Sri Lankan government is yet to declare its final position on developing the strategic East Container Terminal (ECT) at the Colombo Port jointly with India and Japan — agreed in May 2019 by the previous government — Port worker unions, which are resisting the project, think Sri Lanka might “concede”.

“Colombo seems to be under great pressure from New Delhi to go ahead with this project. We think our government will concede,” Palitha Athukorala, president of the National Union of Seafarers Sri Lanka, told The Hindu.

In May 2019, Sri Lanka’s Maithripala Sirisena-Ranil Wickremesinghe administration signed a memorandum of cooperation (MoC) with India and Japan to jointly upgrade the terminal with the aim of enhancing Sri Lanka’s status as a maritime hub. As per the MoC, the Sri Lanka Ports Authority (SLPA) was to retain 100% ownership, while a jointly-owned Terminal Operations Company — 51% stake with Sri Lanka, and 49% with India and Japan — would run the terminal. Despite the tripartite understanding, the former government was unable to take the deal forward.

After President Gotabaya Rajapaksa assumed office in November 2019, winning elections with substantial backing from Sinhala Buddhist nationalist forces, the resistance to the project grew louder, including from some Opposition parties and port workers opposed to foreign involvement in “national assets”.

In July this year, The Hindu Business Line reported that Adani Ports was eyeing the Colombo terminal project, with the Indian government’s backing. More recent international and local media reports on the Gujarat-headquartered Adani Group being the “front-runner” for the project, has put the controversial ECT under the spotlight again. “We hear that the Adani group is close to the Indian PM and hence the pressure,” Mr. Athukorala said.

However, when contacted, SLPA chairman R. M. Daya Ratnayake, a retired General from the Sri Lankan Army, denied the media reports. “The matter would be discussed at the government level, but the SLPA is not aware of any such development,” he told The Hindu. Concurring with him, Cabinet spokesman Keheliya Rambukwella said: “The government has appointed a committee of experts to evaluate the different options to upgrade the Port, but there is no final decision yet.”

The SLPA recently sought government approval to operationalise the ECT — only 40 % of its construction is complete — to handle the traffic, especially with staffing difficulties due to the pandemic. “We decided to use cranes meant for another terminal at the ECT to deal with the congestion,” Mr. Ratnayake said.

Sri Lanka has repeatedly acknowledged the growing shipping traffic in the region and the need to expand operations at the Colombo Port with improved facilities. Over 70% of the transhipment business at the Port is said to come from India.

India’s interest in the project has well-known commercial and strategic motives. The ECT adjoins the Colombo International Container Terminal (CICT), the SLPA’s joint venture with China Merchants Port Holdings Company that holds an 85% stake. A deep-water container terminal, the CICT is the busiest at the Colombo Port. The ECT is also located near the China-backed $1.4 billion Port City coming up on reclaimed land at Colombo’s sea front. New Delhi has more reasons to pin its hope on the ECT, especially after the Rajapaksa administration ruled out any Indian involvement in developing the Mattala airport, located near the Chinese-built Hambantota Port — leased to China for 99 years — in the island’s Southern Province.

Japan, one of Sri Lanka’s biggest donors over the years, is also keen to help develop the ECT. Japan has earlier financed the Jaya Container Terminal, one of the five terminals operational at the Colombo Port, and supported its operations since the 1980s.