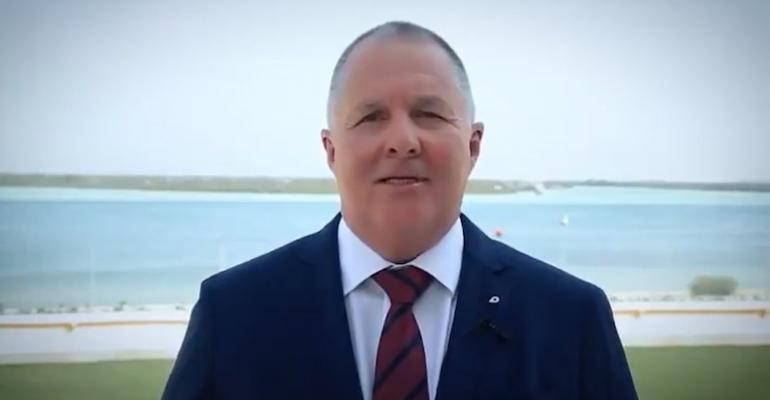 “This is largely due to a forecasted global increase in tonne-mile demand fueled by an uptick of crude oil production by 4% in 2022, and the declining global VLCC orderbook, which is down to 5.8% of the global fleet of 440m dwt of crude oil tankers,” it said.

The deal underscores Al Seer Marine’s expansion plans, which target the acquisition of up to 15 ships in 2022. The Abu Dhabi Securities Market (ADX) listed entity now has 1,200 employees and made its initial public offering in August last year, becoming the sixth IHC subsidiary to do so.

According to official UAE news agency WAM, Al Seer Marine has recently added nine vessels to its fleet and considering expansion initiatives in crude and product tankers, gas tankers, and dry bulk vessels, with short-term plans of acquiring 10 to 15 ships in 2022.

“With 19% of existing global crude carrier supply dated at over 18 years old, [such vessels] will be due for scrapping or recycling in the next few years,” he said. “This will cause global fleet numbers to shrink even further, presenting an opportune time for Al Seer Marine to expand and continue our trajectory in becoming one of the largest commercial shipping fleets in the Middle East and Asia regions.”

IHC’s 2020 Annual Report said Neivens had over 36 years of experience in asset management within UAE  government departments and that in 2003, he founded Al Seer Marine Supplies & Equipment Company and continued to serve as ceo of the company, which then had over 1,000 employees. “He has overseen five new projects, collectively worth over $2.5 billion,” it said.

No mention was made of how the deal was financed, but IHC said in May that the two LPG carriers were acquired through “close cooperation with a number of international banks, including ING and Bank of America.” IHC reported $2.86 billion of revenue in the first quarter of this year, up 136% on the year-earlier period.