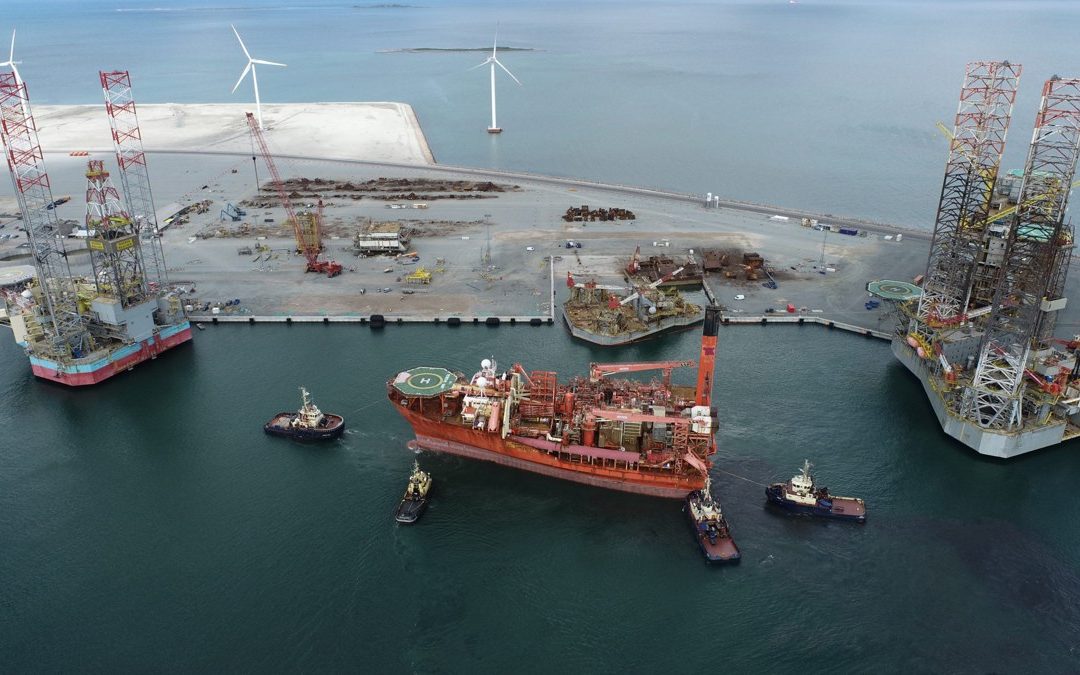 After a 21-year period in the North Sea, Teekay’s Petrojarl Banff FPSO has completed its final voyage and is now moored alongside the Modern American Recycling Services Europe (MARS) quayside in Denmark in preparation for green recycling.

Following its departure from the CNR International’s Banff and Kyle fields in the North Sea, the Petrojarl Banff FPSO arrived at the Kishorn Port in Scotland in September 2020 for temporary mooring while its owner was looking for a suitable location for recycling.

After a competitive tender process, Teekay Petrojarl Floating Production awarded a contract for dismantling and recycling of the Petrojarl Banff FPSO to M.A.R.S. Europe in January 2021.

In an update on May 11, Teekay said that the Petrojarl Banff FPSO tow to Frederikshavn had started on 2 May, one day ahead of schedule due to favourable weather conditions and the efficient operations at Kishorn Port.

The final tow of the unit took six days from the Port of Kishorn to Frederikshavn, Denmark. The route took it around Scotland passing North of the vessel’s original Central North Sea field position, past the South coast of Norway and around the Skagen Odde peninsula in the far north of Jutland, and finally, to Frederikshavn.

The FPSO unit arrived at the anchorage point outside Frederikshavn on 8 May well ahead of schedule after a successful operation with no safety issues or delays due to weather, Teekay stated.

Now that it has completed its final voyage, the FPSO vessel will be recycled. The vessel spent 21 years in operation in the rough waters of the North Sea.

According to Teekay, the recycling process is expected to take approximately 12 months, during which time the company will have representatives on-site to ensure the unit is green recycled in compliance with all applicable EU regulations as well as its own vessel recycling policies.