Afghan Exports to India through Wagah border allowed by Pakistan 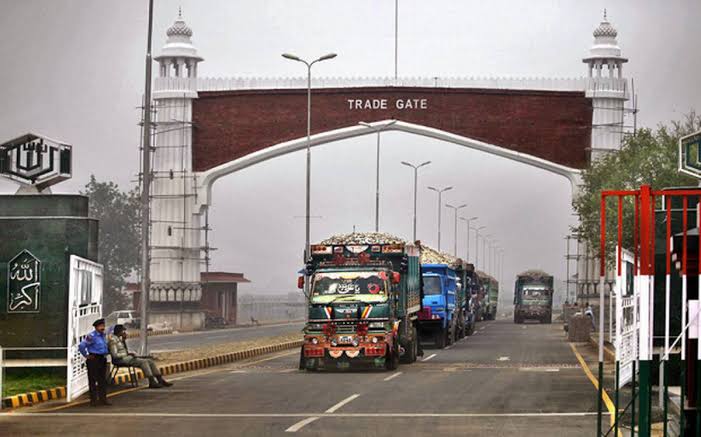 Pakistan will allow Afghanistan to send goods to India using the Wagah border from July 15. The decision, which is part of Islamabad’s commitment under Pakistan-Afghanistan Transit Trade Agreement, is expected to boost Afghanistan’s exports to India.
“At the special request of the government of Afghanistan and with a view to facilitating its transit trade, Pakistan has decided to resume Afghan exports through Wagah border crossing from July 15 after implementing coronavirus (COVID-19) related protocols,” a press release from the Ministry of Foreign Affairs of Pakistan said. Both Pakistan and India had suspended trade through the Wagah border in March to deal with the pandemic challenge.
Speaking in support of the decision, Pakistan Prime Minister’s Special Representative for Afghanistan, Mohammad Sadiq said, “We are moving ahead with promoting economic activity on both sides of the border. The COVID-19 Standard Operating Procedures are slowing us down a bit but our direction is right.”
Business groups has welcomed this decision. Lack of official warmth however was not reflected among the Indian business groups that welcomed the decision as a resumption of old trade practices in South Asia.
A statement issued by the Confederation of International Chambers of Commerce and Industry from Amritsar said orders have already been placed for pomegranates and other Afghan fruits and dry fruits and the supplies are expected to continue till the festive season in India.
It said at least 8-10 trucks are expected to arrive at the Wagah border daily. The announcement from Pakistan has come at a time when Afghanistan’s melon harvesting season is at its peak and the availability of the Indian market is expected to help its economy.
“The current festival season is on the anvil and stockists are keen on offering fresh traditional items to the customers. India and especially Amritsar had been buying large quantities of these goods from Afghanistan for many years, before Partition and even later,” said Ashok Sethi, Director of the Confederation of International Chambers of Commerce and Industry, Amritsar.
Source:- Daily Shipping Times