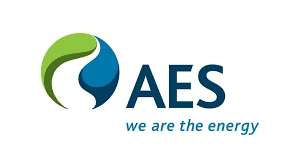 The coronavirus pandemic and its impact on second quarter 2020 results did not turn out to be as “severe” as AES Corp. had initially feared, leaving the company room to pursue the decarbonization of its global assets, it said Aug. 6.

In its second quarter 2020 earnings webcast, the Arlington, Virginia-based generating company with operations in 14 countries, said that during Q2 2020, the impact of COVID-19 on “system demand” was less than projected, and said it “continues to expect an extended U-shaped demand recovery, reaching pre-COVID levels only in 2021.”

It said that take-or-pay contracts and customers being deemed essential proved highly beneficial.

It reported lower demand at its US utilities due to the impact of COVID-19 and to the retirement of its Southland units in California. It said its Dayton Power & Light utility had lower regulated retail margins.

Nevertheless, the company declared that “overall market demand trends” have been better than expected and in Q2 2020 “collections remained in line with historic levels.”

In a presentation to analysts, CEO Andres Gluski said AES is pursuing decarbonization of its asset base while it is anticipating using $550 million in asset sales as part of its 2020 parent capital allocation plan.

In the second quarter of 2020, AES signed agreements to sell three coal-fired plants with roughly 2,000 MW of combined capacity in India and the Dominican Republic, which “decreased generation from coal by 11 percentage points,” Gluski said.

In Q2 the company signed or awarded 852 MW of new renewables and energy storage, bringing the year-to-date total for 2020 to 1.53 GW. It said that 50% of the new projects are in South America, 38% in the US and 12% in the Mexico, Central America and Caribbean region.

Gluski noted as well that AES has put out an RFP for 1 GW of carbon-free energy from newly constructed renewable projects in PJM.

In Brazil, AES bought during Q2 an 18.5% interest in AES Tietê, which increased its ownership to 43% in a company that has 3.7 GW of renewables.

AES said Fluence, its storage partnership with Siemens, maintained a 1.6 GW backlog of energy storage as of the end of the second quarter. It told analysts that it is expecting a 45% annual global energy storage growth rate through 2025.

It said that Fluence has launched a sixth-generation “standardized technology stack” that is easy to “rapidly and cost-effectively deploy.” It said the modular design enables scale from 1 MW to 1 GW systems and said in its presentation that it has “800 MW of orders already lined up.”