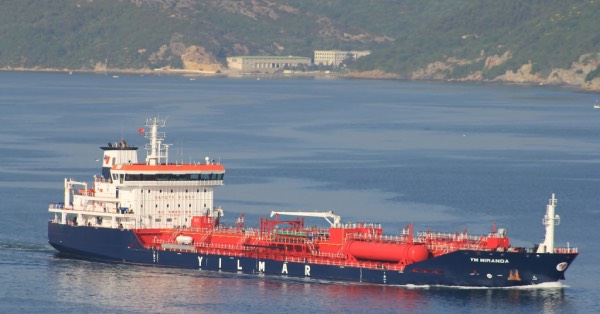 USA-based manufacturer Advanced Polymer Coatings (APC) is announcing a series of new chemical tanker deals in Turkey, one of its biggest exports markets.

“It is very pleasing to see APC and MarineLINE being chosen and trusted to repair and recoat these vessels with a collection of owners and shipyards we know well,” he said. “Building long-term relationships with customers is key to our approach. We have a very able and experienced Turkish team and we are looking forward to starting work.”

Captain Yildirim said Turkey remains one of APC’s most important export destinations where it now commands 80 per cent of the market. The latest deals follow a strong period for APC in Turkey after it sealed a contract to recoat 10 tankers for Turkish ship management company Chemfleet which followed the winning of two deals for new-build chemical tankers for Turkish shipping lines Nakkas and Ceksan. Elsewhere APC is working on a series of recoat and new build jobs in Greece and China.

“We believe MarineLINE is an X factor product with a sharp competitive edge,” he said. “Key to this is MarineLINE’s proven ability to carry a wide variety of chemicals over a sustained period without risk of cross contamination even in older vessels. Moreover, operators are now much more aware that when tank coatings go wrong it can cost millions of dollars per ship to repair plus disruption and lack of availability. MarineLINE’s established position and track record is able to give the industry far greater piece of mind. This is especially the case for charterers who are now taking a bigger role in selecting tank coatings, they can rely on, to help them secure long-term agreements with ship owners.”

APC now has more than 12 per cent of the global chemical tanker coating market with 700 ships coated worldwide with MarineLINE. In 2021 APC reported one of its most successful years of trading coating 56 ships equating to over 750,000 square metres of MarineLINE applied.