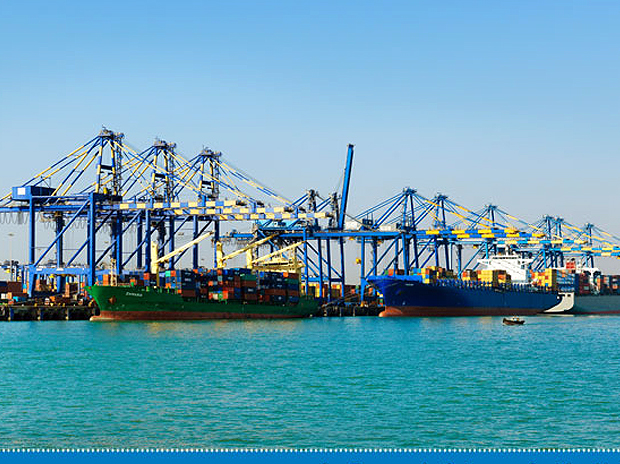 The Kerala government is set to give more time to Adani Ports and Special Economic Zone Ltd (APSEZ) to complete construction and start commercial operations on the first phase of the deep-water multi-purpose port at Vizhinjam, agreeing with the private operator’s plea that the project has been delayed due to force majeure events including the pandemic.

Adani Vizhinjam Port Private Ltd (AVPPL), the subsidiary set by APSEZ to implement the project, was contractually mandated to start commercial operations by December 3, 2019, according to the concession agreement signed on August 17, 2015.

The concession pact also allowed a grace period of 270 days to complete the project, comprising first 90 days without damages and the next 180 days with penalty, calculated at the rate of 0.1 per cent of the performance security amount for each day of delay, to be paid to the Kerala government.

The 270 days grace period ends on August 30 after which the State government has the right to terminate the concession agreement.

“I don’t think the government will do that; what we need is the project, it has to come up somehow,” said a Kerala government official overseeing the project. “It is a complex project, particularly the construction of a 3.18 km-long breakwater in deep water depths,” he said adding that the government cannot do anything about the delay emanating from force majeure events.

The 180 days grace period with damages coincided with the nationwide lockdown imposed by the government to slow the spread of coronavirus, followed by the monsoon period (June to September), when work comes to a standstill.

The State government is “assessing” the pandemic period based on inputs from the private developer and the independent engineer for force majeure purposes, he said.

APSEZ submitted that the project has been delayed due to events such as cyclone Ockhi in November 2017, extreme adverse weather conditions at sea in July 2018 and the nationwide lockdown due to the pandemic in March this year, that stalled work.

The change in environment clearance procedures for development of mines to source rocks for construction of breakwater according to the National Green Tribunal order of September 13, 2018 further delayed the project, APSEZ told the government while urging it to accept the delay due to these force majeure events.

The company had also sought revision in the project completion schedule citing the force majeure events.

Vizhinjam is being developed as a container transhipment port with an investment of ₹5,552 crore to compete with Colombo because its basic infrastructure such as water depth and proximity to the main shipping lane is better than Colombo — the biggest transhipment facility in the region.

The project is entitled to receive a viability grant funding or VGF of ₹1,635 crore to be shared equally by the Central and State governments to boost its viability, making it the first port project to be offered such a grant. Of this, ₹1,227 crore will be given during the construction phase spread over four years and the balance during the operation period spanning 40 years extendable by another 20 years.

The first phase of the Vizhinjam port will have an 800-metre long berth capable of handling One million twenty-foot equivalent units (TEUs). The berth length will be extended to 2 km in three phases with a capacity to load 3 million TEUs.