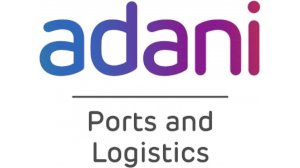 The Gautam Adani-controlled Adani Ports and Special Economic Zone Ltd on Wednesday launched an offshore bond offering to raise as much as $750 million.
This is the third and the largest offshore bond deal launched by an Indian company since the covid-19 pandemic disrupted global markets in March. State-owned REC Ltd and agrochemicals major UPL Ltd raised $500 million each in May and June, respectively.
The Adani Ports bond sale comes after SoftBank-backed Indian renewable company SB Energy pulled back its maiden $600 million bond offering in mid July.
According to the terms of the deal, seen by Mint, Adani Ports is raising the capital through seven-year bonds, maturing in 2027, at a rate of 4.2%.
Investment banks Barclays, Bank of America and Citigroup, among others, are advising Adani Ports on the bond sale.
The capital raised will be used to repay existing loans of Adani Ports and its subsidiaries, which could include the debt of Krishnapatnam Port Co Ltd, which Adani entered into an agreement to acquire in January.
Source:- Daily Shipping Times