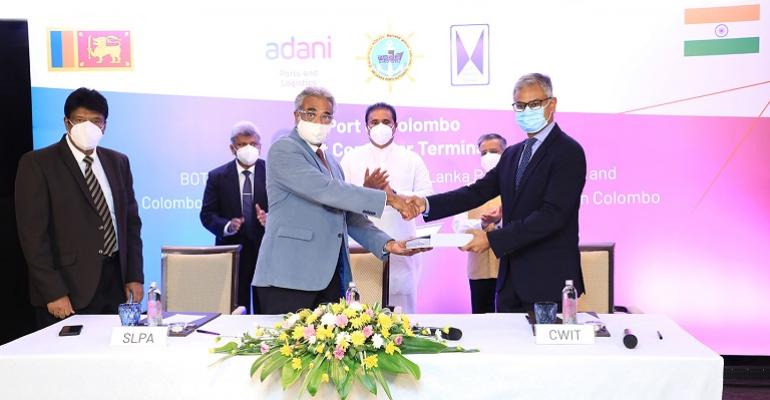 Adani Group is investing $700m in a new container terminal at the Port of Colombo, in what is said to be the largest ever international investment in the Sri Lankan ports sector.

The period of the agreement is for 35 years and the new terminal will add 3.2m teu of capacity to the Sri Lankan port.

“With   the   signing of the agreement, and the massive development thereafter,  the Port of Colombo will  further enhance its global  reputation as an international hub port,” SLPA said. It added that it believed the investment would strengthen cooperation between regional economies, as well as strengthening Sri Lanka’s national economy.

The completed terminal will have a quay length of 1,400 m. John Keells said in a stock exchange announcement that construction of the first phase of CWICT was expected to start in early 2022 with its 600m of quay operational 24 months later.  The remainder of the terminal is expected to take a further 24 months to complete.

APSEZ will hold 51% of the project while, John Keells and SLPA will 34% and 15% respectively.