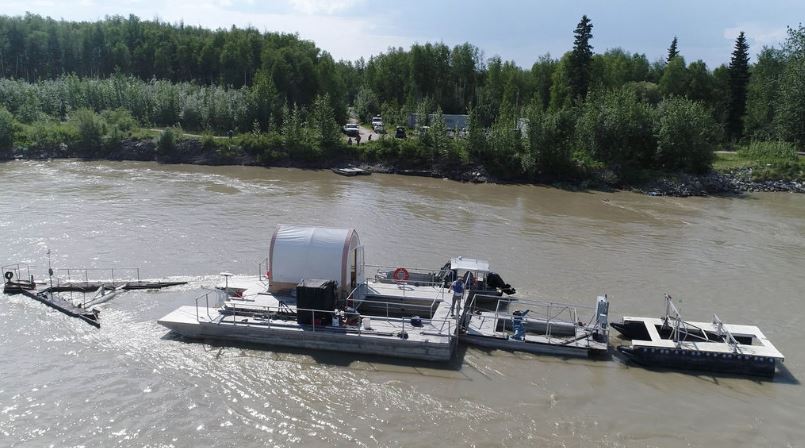 While exploring hydrokinetic devices in rivers and tidal estuaries, the researchers from the US universities and national laboratories have used acoustic cameras to assess collision risk of fish and moving turbine blades in the water.

Researchers from the University of Alaska Fairbanks (UAF), along with their colleagues from the Pacific Northwest National Laboratory (PNNL) and the Atlantic Marine Energy Center, used high-resolution multibeam echosounders, or acoustic cameras, at two sites in the United States.

In 2021, the researchers tested the ability of acoustic cameras to detect artificial and real fish targets in river systems, in order to assess collision risk of fish and moving turbine blades.

Fish and artificial target interactions with turbines have been documented, but strike confirmation with an acoustic camera is novel, according to researchers.

The turbid, debris-laden water of the Tanana River near Nenana in Alaska, was a perfect site to test a 5kW turbine. Video cameras couldn’t see through the turbid water, so only acoustic data were used, the researchers said.

It was hard to distinguish small fish and debris in the Tanana River site – however, further work could help make those distinctions, they claim.

The results and recommendations of the study were published in a paper titled ‘Capabilities of an Acoustic Camera to Inform Fish Collision Risk with Current Energy Converter Turbines’, released in the Journal of Marine Science Engineering.